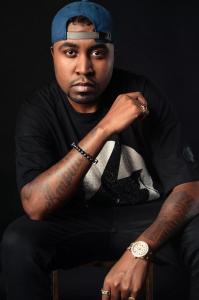 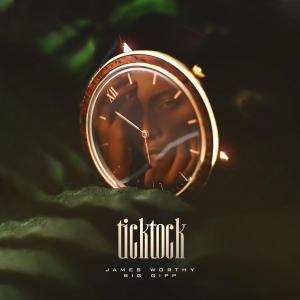 Gipp and Worthy are both powerful, magnetic presences in the narrative clip for "Tick Tock," which, despite its pretty veneer, pulses with trouble and drama.

NEW YORK, NY, USA, October 12, 2021 /EINPresswire.com/ — The video for "Tick Tock," the sultry new single from R&B singer and songwriter James Worthy, opens with a stunning aerial shot of a village in the California hills. We're shown the red-tiled roofs of handsome houses, water cascading into backyard swimming pools, and, as the camera gets a little closer to the ground, the beautiful women who populate the neighborhood. It all seems idyllic. Yet only thirty seconds into the video, one girl surreptitiously slips a powder into the expensive wine glass of her date. Something treacherous is afoot. There's turbulence beneath all the beauty, and placid and lovely as things might seem, danger is always present.

That could be a visual metaphor for James Worthy's music. The texture is silky — the artfully muffled beats, softly luminous synthesizer, echoed percussion, and gently melodic bass guitar all conjure an atmosphere of romantic indulgence and late-night seduction. Then there's the singer himself, who has one of the sweetest pipes to grace contemporary R&B in quite a while. Yet wade a little further into Worthy's sound, and the deadly undercurrents become apparent. This is deep, unplumbable music, music that tugs and whispers and intoxicates, and once it's got you, it doesn't let go.

All of those qualities lurked in the grooves of "In The Dark," James Worthy's dream-shadowed April 2021 single. That track — which has now been streamed more than two million times — was so gorgeous and so immersive that the pain and psychic destabilization at the heart of the song was easy to miss. On "Tick Tock," he's taking no chances. He's joined forces with one of the straightest talkers in hip-hop: the reliably incisive Big Gipp of the legendary Atlanta rap crew Goodie Mob. On Goodie Mob's classic records, Big Gipp was always the rhymer who cut to the chase and delivered the brutal truths in unsparing, epigrammatic couplets. He's brought that same energy and talents to "Tick Tock," and his verse is a tough, muscular counterpoint to James Worthy's winsome singing.