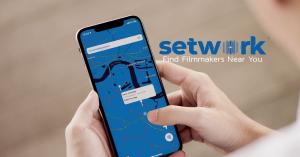 Setwork | Find Filmmakers Near You 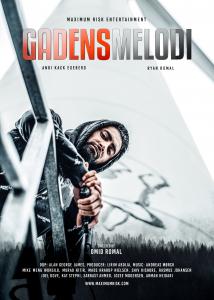 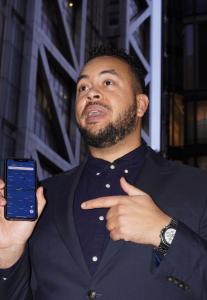 New Danish Action Movie, 'Gadens Melodi' is the world's first movie to be created with the filmmaker-hiring app, Setwork.

This film was made during a global pandemic so finding the right cast and crew was challenging. This was the perfect opportunity to prove the concept using Setwork.”
— Alan George James

LONDON, ENGLAND, UNITED KINGDOM, September 22, 2021 /EINPresswire.com/ — The Future of Filmmaking is among us. Setwork, the New British Startup is an upcoming platform which enables anyone to hire filmmakers, cast and crew. Since launching post-lockdown in 2021, Setwork has gained popularity amongst British Independent Filmmakers across the UK with most of its users being hired for music videos, commercials and fashion films. However, with the versatile use of the app, there is no limit to the scale of its use and now Setwork has been used to hire filmmakers for the new Danish action movie, ‘Gadens Melodi’.

Setwork Co-Founder & CEO, Alan George James is the pioneer in question and is gaining traction to achieve his vision of a liberated film industry where every person and business can have easy access to filmmaking talent worldwide. Alan has been director and cinematographer for over 15 years, working with a plethora of celebrities and major media corporations. He has experienced the grind that millions of filmmakers face today and is determined to break that barrier of entry. Notably, Alan was the cinematographer on ‘Gadens Melodi’ and secured a deal with Maximum Risk Films to help bring their vision to life using the power of technology.

The Setwork platform serves to protect both client and filmmaker with a robust booking system which includes, electronic work for hire contracts, a human verified dispute system and client refunds. Hiring an actor, makeup artist, cinematographer or editor is safe and reliable and this pushes the creative industry at large in a new promising direction. Here's what Alan had to say about this incredible project,

The official trailer for the Danish Action Movie ‘Gadens Melodi’ is out now with the movie itself set to be released soon.