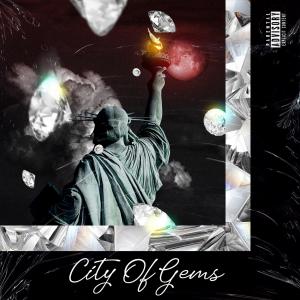 Through his incredible Hip Hop compositions and ability to meld different musical styles together, emerging artist Geminijynx is playing a huge role

YONKERS, NEW YORK, UNITED STATES, June 22, 2021 /EINPresswire.com/ — rising artist Geminijynx is the future of music in New York, especially in the genre of Hip Hop. He released his brand new album titled ‘City of Gems’ on June 11th, 2021, through which he’s hoping for the world to recognize and appreciate his talent as a Hip Hop artist. He has released a number of musical compositions so far, all while being completely independent.

Composing most of the album himself, the artist is driven to experiment and explore his own musical skills. It is a heavily Hip Hop based album, with a few elements from other genres and eras. These eras include the old school music and the new school music, merged together with great expertise. Geminijynx possesses the ability to mix and meld different genres together with such finesse that it makes him shine and stand out amongst other artists with the same style of music. There’s no denying that he has an immense amount of talent when it comes to producing outstanding music compositions. His recent album ‘City of Gems’ is enough to prove how incredible he is as a musician and an artist of his own league. All tracks on the album are incredibly unique and stand out in their own way. You never really know what to expect from a song and that’s exactly who Geminijynx is as an artist. He lives up to his name Gemini. You can never guess what kind of vibe you’ll be getting from a track.

The brand new album features a bunch of legendary musicians , industry icons & rising stars such as Jim Jones, Trap Manny, Cory Gunz, Jadakiss, Tony Yayo, Styles P, Don Q, Tropico, Vado, and SNS. All these artists are stars and an act of their own in their respective line of music. So far, the album has been getting incredible feedback, much more than Geminijynx expected. It was on the iTunes top 100 preorders chart and also climbed the top Hip Hop albums chart on debut. Through ‘City of Gems’, the budding artist managed to unite the Hip Hop culture of the city of New York. He is a completely independent artist and managed to bring such a revolution in New York’s Hip Hop scene.

Geminijynx has been successful in bringing the change he wanted to as a musician. He wishes to keep growing his audience and his sound by creating more music he’s passionate about.

Born and raised in Hip Hop’s birthplace, New York City, GeminiJynx found his way around the studio at a very young age. At the time, his older brother was an up-and-coming producer, and Gemini was immediately enthralled by the atmosphere. He grew an attraction to the music enjoyably, but also creatively. Shortly after, he commenced in writing and recording himself on his home computer .

Not only did his newfound craft attract local notoriety, it also paved a lane for him. Geminijynx got the opportunity to work with notable acts such as top DJ’s and several, well known platinum selling artists. He aspires to build a legacy that is worth remembering, not only inside, but outside the booth alike. He also wishes to grow and explore as a Hip Hop artist, loved and admired by many. He wants to tour the world and meet devoted fans along the way.