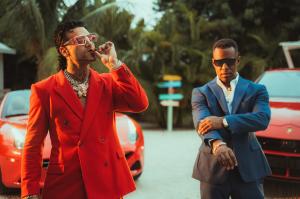 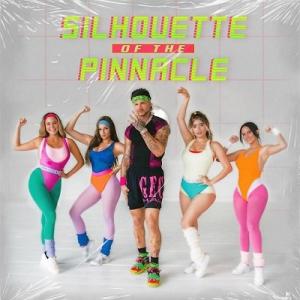 RiFF RAFF – Silhouette of the Pinnacle

With "Silhouette of the Pinnacle," RiFF RAFF demonstrates his deep understanding of throwback '80s electro-funk.

HOUSTON, TX, UNITED STATES, June 22, 2021 /EINPresswire.com/ — Range is a quality that few artists possess. Even some of the greats are content to revisit past glories and do the same thing, over and over. But not RiFF RAFF. From the very beginning of his colorful career, he's been artistically restless. He's never been content to stick with a single style; instead, he's mastered many. He's given us day-glo party music on his early mixtapes; off-the-wall metaphors and crazy wordplay on the groundbreaking Neon Icon album; sleek, stylish production and rapid-fire freestyle rhymes on Peach Panther; and shuddering trap music on his recent singles. Now, with "Silhouette of the Pinnacle," RiFF RAFF demonstrates his deep understanding of throwback '80s electro-funk. One thing has been consistent throughout: he always sounds like he's having a blast.

And if you were RiFF RAFF, you'd be having a good time, too. He's always been faithful to the hedonistic, freewheeling, shape-changing spirit of Houston hip-hop, and his embodiment of the nonconformist ethos of his hometown has won him the respect of rap royalty. Over the years, he's gone bar for bar with the best, including YG, Chief Keef, Mac Miller, Snoop Dogg, Action Bronson, and Yelawolf. Katy Perry sought him out for a guest verse on her pop hit "This Is How We Do"; visionary independent producers like Harry Fraud and The Alchemist have fitted their beats to his wonderfully unruly rhymes. Pop, rap, new wave, dirty blues — wherever you put him, he fits in just fine.

For years, RiFF RAFF has shown interest in the sounds and aesthetics of the mid-'80s, and he's occasionally incorporated electro-pop elements into his beats. But he's never gone quite as far as he does on "Silhouette of the Pinnacle," a track that sounds as if it could have blasted out of boomboxes at the Galveston boardwalk at the height of the Reagan era. It's all here: that bouncing bass, the gleaming synthesizers, the sultry vocals, even a little squalling lead guitar appropriate to an artist who once called himself the "Rap Game Bon Jovi." The '80s feel extends to a music video in which RiFF RAFF appears as an aerobics instructor, surrounded by beautiful girls in neon colors, nailing their routines with gymnastic precision and big smiles. All the period details are perfect — the legwarmers on the athletes, the Karate Kid-style headbands, the Miami Vice-like camera angles, the white tires on the bicycles, and the caffeinated attitudes of the performers. It's pure fun, straight from the multicolored mind of an ecstasy specialist.