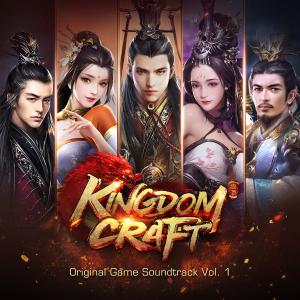 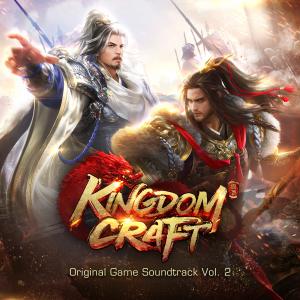 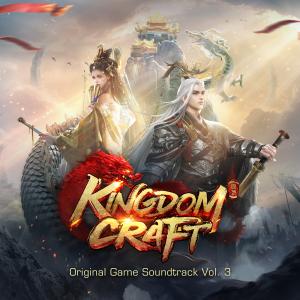 LOS ANGELES, CALIFORNIA, USA, June 21, 2021 /EINPresswire.com/ — A series of four soundtrack albums for Kingdom Craft will be released by Unisonar across all major digital platforms on July 8, 2021, providing opportunities for fans and casual listeners to access and enjoy the majestic soundscape of the distinguished war strategy game under TiMi Studio Group, a subsidiary of Tencent Games.

Produced by TiMi Audio, which is responsible for the design and production of audio modules of all the game titles under TiMi Studio Group, Kingdom Craft Original Game Soundtrack Vol. 1-4 consist of 45 tracks devised by eminent composers and musicians, including Matthew Carl Earl, Tureleon and Huang Lei.

Earl, an accomplished video game composer and multi-instrumentalist based in Los Angeles, has been involved in producing 33 tracks for these four albums, including his collaboration with Obadiah Brown-Beach, another LA esteemed composer. With his works often featured in various mobile games and popular television shows across the United States and China, Brown-Beach has amassed multiple prestigious awards, including a gold medal in the 2019 Global Music Awards — one of the well-celebrated international music competitions — for his wondrous pieces in the game Honor of Kings, which is also produced by TiMi Studio Group.

“I believe the music of Kindom Craft will bring an experience like no other to players,” Sam Yang, director of TiMi Audio says. “It’s a wonderful mix of Hollywoodian style and Chinese folk music, with a Chinese composer and an American one, representing traditional Chinese music and Western orchestral music respectively. We also used the music of the ancient Buddhist kingdom Kucha and the court music of Tang dynasty to present the prosperous ancient world."

An in-demand game under TiMi Studio Group, which also boasts Arena of Valor, Battle Through the Heaven and Call of Duty: Mobile, Kingdom Craft has cemented its revered status among players worldwide since its debut in 2017 by drawing inspirations from the Three Kingdoms period in the ancient Chinese history. Through the control and cultivation of famed historic Chinese warlords and military generals like Cao Cao, Liu Bei and Guan Yu, as well as other practices, players could strengthen their own state in the divided world in the game with an aim of conquering and ruling the entire territory.

Unisonar is a Los Angeles-based music label, music production company, and publisher that develops custom music and manages all aspects of music creation from single releases to music libraries for both corporate clients and individual artists. Unisonar specializes in producing and promoting musical content for entertainment enterprises that provide the Asian and Western markets with television, movies, and video games. As a team of accomplished composers and industry experts, Unisonar is dedicated to advancing the careers of our artists and delivering positive results all while building synergy across the global music community. For more information visit unisonar.com.

TiMi Studio Group, a subsidiary of Tencent Games, is a leading global video game development and operation team headquartered in Shenzhen, China, with offices in Los Angeles, Shanghai and Chengdu, China. TiMi strives to create high quality, high fidelity and highly accessible games across a wide variety of genres. Founded in 2008, TiMi has developed a string of hit titles including Honor of Kings, Speed Drifters, Saint Seiya: Awakening, CrossFire: Legends, and most recently, Call of Duty: Mobile. TiMi is working on several new titles, including with The Pokémon Company on Pokémon UNITE, the first strategic Pokémon team battle game.