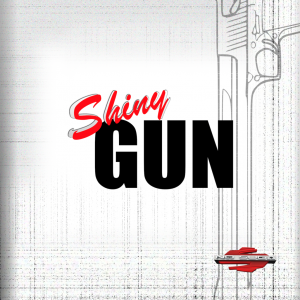 “Shiny Gun” is a genre-bending track that was originally written in 2002. The members of NOSUGA consider the song to have elements of rock, blues & rap.

NOSUGA created the song after dealing with the death of a close friend by way of suicide. However, they were unable to release it at the time because the situation was still too raw.

Years later, NOSUGA member Christos ‘Stos’ Tsantilis was burdened by recent violence around the globe and remembered the unreleased song. He states, “A lot of songs are about breakups, makeups, dancing and everyone needs those. But we also have to make music that deals with tough topics. Working on this song helped me heal from what happened. I hope it helps my bandmates, and I hope it helps anyone whose life has been impacted by gun violence.”

Christos Tsantilis is a multi-platinum engineer, Grammy-nominated producer, quality control engineer, technical writer, acoustic designer, and much more. Beginning his career wanting to become a better producer, Christos decided to learn the art of engineering — and his extensive discography proves he hasn't stopped since. He has hundreds of thousands of hours of experience under his belt, including owning recording studios, consulting, designing, tracking, mixing, marketing, and educating. Christos has equipped himself with a vast amount of knowledge. With over 20 million records sold, he has always been an intricate part of the music industry. Christos’ talent runs deep within the history of the music industry, from pioneer Bobby Robinson (owner of Enjoy Records) to today’s superstars.