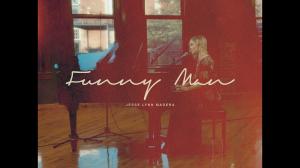 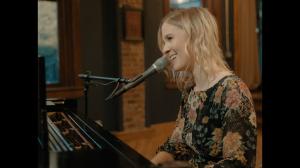 “‘Funny Man’ is my favorite song on my album Fortunes because it reminds me of the folk songs I grew up listening to. It was the easiest one to track on the album, and an easy one to play live. It’s just a simple, honest song,” says Jesse.

About Jesse Lynn Madera
Jesse Lynn Madera creates songs with depth and thought-provoking lyrics. “Madera’s lyrical and piano-driven songs are passionate and alluring, with a dramatic, ethereal, and almost otherworldly tone,” writes American Songwriter. “Evoking comparisons to the shapeshifting brilliance of Kate Bush and the confessional pop sensibilities of Tori Amos.” Ever present in Madera’s songwriting, the piano became an integral part of her life thanks to family friend and mentor, Rock & Roll Hall of Fame pianist and songwriter, Johnnie ("B. Goode") Johnson. Jesse’s latest record, Fortunes, is a lyrical and piano-driven album that makes a strong impression in its genre-defying, well-crafted conviction. From its swelling string arrangements by Stevie Blacke (Pink, Rihanna, Chris Stapleton), to its Cohen-esque lyrics, the album has a mystical feel. Americana icon Robert Earl Keen is a huge champion, sharing, "Jesse has a voice as clear and mellifluous as the first songbird of springtime. Her songs are intoxicatingly hypnotic. Close your eyes, let it all go, and listen. When you wake up, the world will look a little brighter." Listeners are treated to duets with Australian-born, LA-based musician, Joel Taylor, as well as actor/musician John Hawkes (Winter's Bone, Deadwood, The Sessions).