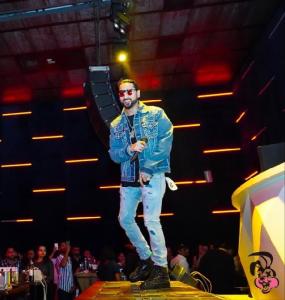 Alee Houston performing on the stage 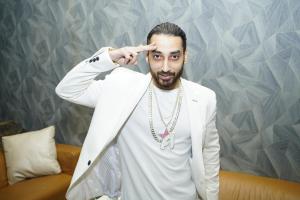 Alee Houston is back on stage to perform his new songs! After a successful lockdown release, he is eager to meet, connect and vibe with his fans from all over!

HYDERABAD, TELANGANA, INDIA, March 5, 2021 /EINPresswire.com/ — After 2020 disrupted all our clubbing and party plans, this year we have the “Perfect Party Rocker” back to amaze us with his dope tunes! In conversation with Alee Houston, we unveil his big plans for 2021!

“Can't wait to get back on the stage and perform my new songs!!”

Finally, out of a year of staying at home and normalcy kicking in, Alee Houston wants this “new normal” to be epic. The “total entertainer” is back in his arena to make his underground rap world fans dance his tunes. After receiving extreme support from his fans on his lockdown release – “Mehbooba” in July, Alee Houston said, “I look forward to getting back on stage and meet my fans all over the world”. The Desi Star plans to perform his new songs in several concerts alongside many hip hop artists attracting a huge crowd from all over! After having received so much praise and recognition from his previous singles, Houston is positive to entertain his fans more than ever with his upcoming releases. Alee is thrilled to meet new people! “Shout out to the friends that became family”, Alee captioned his latest Instagram post showing his deep appreciation for everyone he meets.

“See you soon in your city!”

Houston lives to vibe with the crowd! Having performed all over the world, he is pumped to perform again in the top clubs of the USA and India. “I connect with my fans on a very emotional level, I make music that makes them feel good”, Houston said. Alee Houston has touched almost all genres of music since he started in 2011; the audience is ensured to have a night full of emotions and fun in his upcoming concerts.