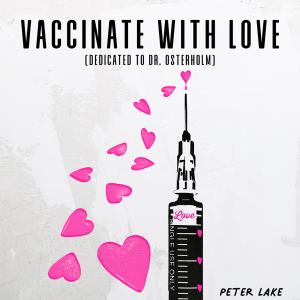 “Vaccinate With Love (Dedicated To Dr. Osterholm)” by Peter Lake 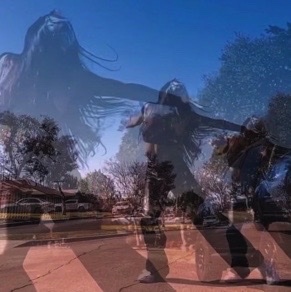 The powerhouse musicians behind the song hope that this type of dance fever will take the place of the current pandemic.

NEW YORK, NY, UNITED STATES, March 4, 2021 /EINPresswire.com/ — As Peter Lake’s “Vaccinate With Love (Dedicated to Dr. Osterholm)” gains more exposure its infectious quality has taken hold. People have reported that they can’t get the song out of their heads and experience an uncontrollable urge to move their bodies. Some have broken into a full dance giving them temporary relief from the anxiety that has built up. Naturally, there is hope that this type of dance fever will take the place of the current pandemic. But this positive reaction to the music is not a surprise to the powerhouse musicians behind the track.

Besides Peter Lake on vocals, the track features the following heavyweights:

Bridget Barkan (Background Vocals) – Multi-dimensional artist that as a singer, Barkan has toured the world with the Scissor Sisters, opened for Lady Gaga, sung with Lily Allen, and recorded with legendary house DJ and producer Todd Terry in addition to releasing her own albums and singles.

David Maurice (Producer, Engineer, Mixer, Bass, Keyboards, Guitars, Drum Programming) – Acclaimed producer and instrumentalist who has worked with a wide array of multi-Platinum and Grammy award-winning artists such as Jay-Z, Ariana Grande, JC Chasez of *NSYNC and AJ McLean of the Backstreet Boys to name a few.

The song was initially released to spread a message of love and health during the pandemic, as well as, to help families of frontline workers who have sadly perished due to Covid-19 by donating 100% of the streaming royalties from the song to the Frontline Families Fund.

The Frontline Families Fund provides financial support to families of frontline healthcare workers who have lost their lives to COVID-19. It was created by the Saint Paul & Minnesota Foundation in partnership with Dr. Michael Osterholm. Other partners in the fund are Scholarship America for administration of post-secondary scholarships through the fund, and The Brave of Heart Fund to collaborate in making relief grants to families.

About Peter Lake
Peter Lake is a New York City based singer-songwriter who revels in anonymity. His musical influences include Curtis Mayfield, Motown, Billie Eilish and Rüfüs Du Sol. Therefore, it’s no surprise that he has not stuck to one genre, dabbling in rock, pop, indie, and house. Lake’s philosophy of music-making is that by combining genres, the range of song creation has increased. A song that successfully incorporates and connects the positive aspects of different musical styles has the potential to be more universally appealing than any song in history. The opposite is also true. For the past few years, Lake has been in the studio writing and developing his craft. 2021 is the year Lake plans on releasing some of those recordings to the public starting with “Vaccinate With Love (Dedicated To Dr. Osterholm).”