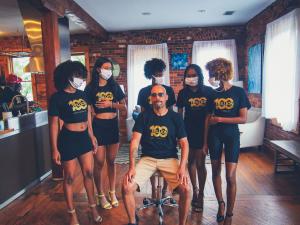 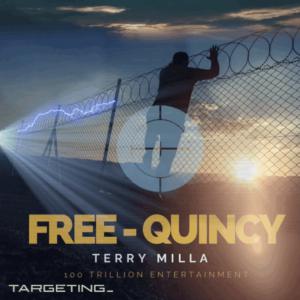 Milla is a holistic hip-hop artist; he’s a firm believer that the external forces cannot prevail over the mind's power.

The definition of success is subjective. Some people find it to be a lot of money and materialistic goods. And while having expensive items is a great sign of accomplishment, rapper Terry Milla holds a more personal meaning of what success means to him. For Terry, success is designing your life to prosper yourself and others around you. Besides being his own source of creativity, the Atlanta hip-hop artist has been a songwriter for others, penning tracks placed on TrueBlood, Switched at Birth, and The Gardener. Not to mention, he’s been featured in Source Magazine (Unsigned Hype / Independent’s Day), Black Beat Magazine, and Trace Magazine and has toured with the AND-1 basketball team. His adaptability is a skill that is highly recognized; Milla’s wide range can go from socially aware songs like “A Light in the Darkness” to hood bravados like “Come On.” No matter the style, he always delivers merited and trailblazing tracks.

Integrity is Milla’s #1 priority, and that perspective reflects in all of his derivatives. His recording company, 100 Trillion Entertainment, stands for: “keep it 100,” “keep it trill,” and the fact that each human being is made up of 50-120 trillion cells in their body, building the concept of 100 Trillion Entertainment on the limitless potential each person has. While he is the first artist signed to the company, Milla sets the bar high for the next artists to follow. Since he consistently delivers quality and innovative music, his diligence is the standard 100 Trillion Entertainment is setting. It’s a place for creative liberation and favorable deals, promising work that is authentic and original.

Terry Milla is all for indirect wordplay and performances that are up for interpretation; this way, viewers create their own meaning depending on what Milla throws out there. His newest music video, “Free-Quincy,” is certainly not another generic hip-hop visual where the rapper flaunts pretty women and boasts about money. While it begins that way, with Terry in a hot tub surrounded by models, it surely does not end that way. The title “Free-Quincy” is a play-on-word of “frequency.” Milla is a holistic hip-hop artist; he’s a firm believer that the external forces cannot prevail over the mind's power. He balances his energy and re-releases it back into the world through his martial arts and music. The track’s quit-witted bars and unrefined vision, with high energy guitar riffs with heavy drums and vocal chops, showcase his three-dimensional approach to music – no matter how you feel about him, Milla declares that “love me or hate me, you will remember me.”