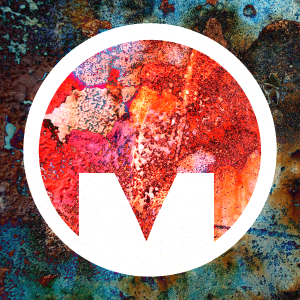 Life, Love, Lost has a mix of various genres from classical, psychedelic to alternative vibes. Magnifier does a mix of different styles to showcase their raw emotions to listeners and implements intensifying Rock and roll tunes.

Life, Love, Lost was one of Magnifier’s free-flowing projects. From creating the track Bye-bye off of “Life, Love, Lost” and it only being one take, Magnifier enjoyed completing the album by being inspired by what they felt in the present moment and making the project ununiformed and transparent for listeners.

Life, Love, Lost started off as a collaborative effort by Jon Rhoten, Bobby Valenzuela, and Brett Custodio. It was uniquely produced with bare bone studio equipment in Jon’s living room for an intimate, personable listening experience.

When asked about creating the album, Magnifier says, “we didn't worry about pitch correction, timing, or anything else for that matter. Our purpose in music has always been to express ourselves freely; capturing the rawness and emotion of the performance is always our number one focus.”

Life, Love, Lost is available now on all major platforms. Follow Magnifier on Facebook to stay up to date on the latest projects.

About Magnifier
Magnifier is a creation by Jon Rhoten.

At the age of 15, Jon started playing the guitar and having a passion for bands. He was heavily influenced by the British rock movement as well as Indie Alternative and was later inspired by guitarist Billy Duffy of the Cult. Started playing guitar at a young age, he enjoyed Manchester’s music scenes like Stone Roses, Happy Mondays, and The Charlatans. He used that influence and incorporated it into his music. From 1993-2000 he had the opportunity to work with producer John Parker, writing Jingles and working on brand development; which shaped him into the Musician he is today. Gaining experience with joining bands in the 2000s whilst also discovering his own talents for being a solo Artist and producing his own music; He began producing Albums and EP’s and now enjoys sharing his creations with listeners. Jon Rhoten looks forward to producing new projects in 2021 by sharing his story through a unique, raw, and compelling narrative.