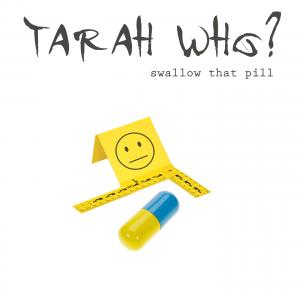 Swallow That Pill is Available Now on All Major Platforms

LOS ANGELES, CALIFORNIA, UNITED STATES, January 22, 2021 /EINPresswire.com/ — Pop music duo Tarah Who? releases a new single “Swallow That Pill”. The track is one of eight in their upcoming album, “Exposed”. The duo is composed of front-womanTarah Carpenter and drummer/backing vocalist Coralie Hervé.

“Swallow that Pill” Is an upbeat pop, rock track with fast-paced tunes. Tarah Who?’s storytelling and vocals in this track will allow listeners to be empathetic to the frustration of a hard worker being unappreciated and taken advantage of.

“Swallow That Pill” inspired Tarah Who? to reflect on coworkers that worked hard every day, only to get backlash and harassed by managers or bosses. Tarah Who? believe that having responsibilities and paying bills doesn't mean we should accept every situation.

Tarah says, “I’m really sensitive to things that happen around me, and I love studying psychology and human behavior. When I write, I seek to process personal stories and news stories through these perspectives, but in a way, that’s relatable to everyone.”

Following the single of “Swallow That Pill” the duo put together a music video where someone enters a break room to let out frustration on a long day of work.

“Swallow That Pill” is available now on all major platforms. Checkout Tarah Who?‘s website to stay up to date on upcoming projects.

Tarah Who? Well, “she” equals “they,” and “they’re'' a power duo masterminded by grunge-punk sage Tarah Carpenter, a firebrand frontwoman who channels explosive emotionality into rousing anthems. In addition to Tarah, drummer/backing vocalist Coralie Hervé. Previously, Tarah Who? has released two full-lengths, three EPs, and one single of raw punky rock n’ roll. The duo’s output has garnered plaudits and earned feature-story coverage from GIG Radar, Kill The Music, La Grosse Radio, Loud Stuff, Moshville, Music Connection, Muzak, and The Ring Master, among other outlets. The Ladies of Tarah Who? Are fired up, inspired, and tighter as friends and musicians.