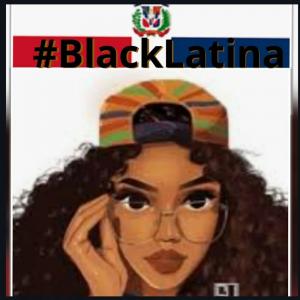 TAMPA BAY, FLORIDA, UNITED STATES , December 4, 2020 /EINPresswire.com/ — Ricardo Stuvaints from McKeesport, Pennsylvania goes by his rapper name of “Ric-A-Sha.” The street/spiritual lifestyle is at the heart of Ric-A-Sha’s music and is seen in every song this East Coast hip-hop artist produces. From the first official single that Ric-A-Sha released on Soundcloud and YouTube “I AINT LYING” to “Youngin Thuggin” Ric-A-Sha released with Etho, the fast thug lifestyle is the heart and soul of this talented rapper’s beats.

As a direct result of Ric-A-Sha’s talent and dedication, #BlackLatina is the latest single that Ric-A-Sha is getting to ready to drop. The backstory to this single is quite interesting. It started out as an entry into a contest for a deal with Jay-Z’s Roc Nation. When submitting the song, little did Ricardo “Ric-A-Sha” Stuvaints know that he would soon be contacted for his entry and all of his efforts would come to fruition.

Within just a few days, Ric-A-Sha received an email praising his entry. He was offered a distribution deal and a chance to work with Paris Kirk, former DefJamRecords A&R and a seasoned music industry expert. This deal speaks volume about Ric-A-Sha’s talent and dedication, but it is not the only example of his success. Ric-A-Sha’s efforts and relatable, thug-style music has placed him in the circle of many music industry veterans. Ric-A-Sha’s close connection with Paris Kirk has also led him to an offer of working with L.A. Reid who is a well-known record executive and record producer.

Ric-A-Sha has more tracks in the pipeline and hopes to become a household name. His #StreetSpiritualMusic Movement encompasses his passion to entertain and produce more great songs. Contact him for reviews, interviews, collaborations, and other inquiries via the contact information below.