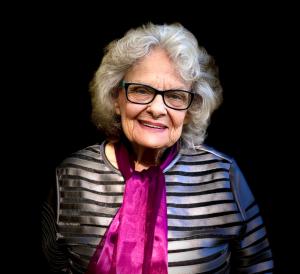 At 85, Gifted Singer/Songwriter Margie Singleton Is Still Doing What She Loves

Three of the songs are brand new. It’s awesome to look back at all the music I’ve been a part of, but it’s also a great feeling to look ahead.”
— Margie Singleton

PLEASANT VIEW, TN, UNITED STATES, October 30, 2020 /EINPresswire.com/ — Making music is nearly all Margie Singleton has ever known. She began playing guitar, writing songs and singing as a Louisiana teenager, and became a regular on the famed Louisiana Hayride broadcasts in 1957. Now, the veteran entertainer and proven hit songwriter returns to the airwaves with a new single, “Never Mind.” The release enjoyed a global premiere yesterday on Americana Highways; it is the title track for Singleton’s new five-song EP, produced by Stephen Shelby Singleton and Derrick Dexter Mathis. Fans can purchase the single for digital download HERE, and the EP HERE. On November 20, the physical disc will be available via her website.

“Never Mind” is the steel-guitar laced, unapologetic tale of Singleton’s life. It’s a touch irreverent, with a heap of soul and a pinch of mischief on top.

I was born in Coushatta Louisiana in 19 Never Mind
With a song in my heart, rhythm in my soul
My sweet mama and daddy didn’t seem to understand
The day I left in that van with the band
Going on the road
Headin’ down the highway
Had to do it my way
That’s the way it was
Lookin’ for adventure
Livin’ my dream
Singing’ the songs I wrote (M. Singleton, S.S. Singleton)

The single, which reflects Margie’s irrepressible spirit, kicks off the collection. NEVER MIND is a diverse offering which showcases both Margie’s songwriting skills (she wrote four of the five songs) and her still-amazing vocal skills. From the challenging, electrified Bluegrass-y twang of “Who’s Gonna Love You” to the broken-hearted breakdown found on “Wonder What She’s Doing,” Singleton strikes all the right notes. The abject sorrow of “Missing You,” exquisitely written by her son Stephen, shows talent definitely runs in this family.

The EP offers something for everyone, and Singleton admits that each song is vastly different. “It just turned out that way,” Margie reflects. “But three of these songs are brand new, and the song goes where it will.” One title she was excited to include, “Lie To Me,” is a tune she and Brook Benton wrote. “He took it to the Billboard Top 20 in 1962,” she recalls. “Folks always asked why I never recorded it and the time was just never right. I think it is now.”

For Margie, time is a familiar concept – but one that doesn’t worry her. At 85, she is still doing what she loves. “It’s awesome to look back at all the music I’ve been a part of, but it’s also a great feeling to look ahead,” she says.

ABOUT MARGIE
Married at 13 and a mother a year later, the Louisiana native pursued music against almost unbearable odds – and succeeded. During seven decades in the music industry, she has sung nine Top-40 Country hits and recorded duets with George Jones, Faron Young and Leon Ashley. As a songwriter, Singleton wrote and co-wrote numerous hits for others, including “Lie to Me” (an R&B hit for Brook Benton), “She Understands Me” (a Pop hit for Johnny Tillotson) and Leon Ashley’s Country hit, “Laura (What’s He Got That I Ain’t Got)?” Additionally, her songs were recorded by Tammy Wynette, Claude King, Charley Pride, Lynn Anderson, Trini Lopez, Jerry Lee Lewis, David Houston, The Newbeats, Dave Dudley, Brian Hyland, Red Sovine and “The French Elvis,” Johnny Hallyday. She has performed as a backup vocalist on hundreds of recording sessions, sung on the Grand Ole Opry and appeared in the movie Road to Nashville. She is an inductee of the Atlanta Country Music Hall of Fame (2017), the Independent Country Music Hall of Fame (2017) and the North American Country Music Hall of Fame (2018). She has been honored with a Lifetime Achievement Award from The Academy of Local Musicians (2017) and earned four B.M.I. airplay achievement awards (1962, 1967, 1968, 1969). She resides in Hendersonville, TN.