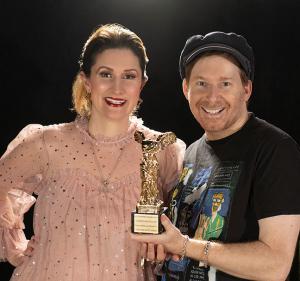 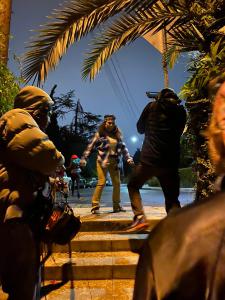 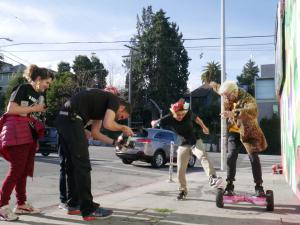 As Covid19 dominated Hollywood and the news cycles of 2020, TV and movie production thankfully has now started picking back up. Despite the myth that the virus has destroyed Hollywood, 2020 has actually been one of Hollywood’s most successful years. With 2019’s top 10 box office hits at just under a half a billion dollars in revenue, 2020’s top 10 box office hits raked in nearly 1 billion dollars. Sony, Paramount, Warner Brothers, Universal, 20th Century Studios, Disney, and STX studios dominated box office production dollars, proving that entertainment is essential business indeed.

One leading independent directing duo powerhouse have remarkably—like the major studios–never slowed down, working safely and steadily throughout the year, resulting in a banner success. That incredible and talented pair, The Dream Team Directors are just coming off of a whirlwind eclipse with a stunning 15 Wins for “Best Drama,” “Best Message,” and “Best Inspirational Film” with their second to latest film "Tombstone Pillow."

Now the Dream Team, consisting of Bayou Bennett and Daniel Lir are premiering their latest new film, "Slashing Silverlake" at the prestigious Oscar® and BAFTA qualifying LA Shorts International Film Festival this month. The award-winning team are also raising funds to shoot the feature length version of the film.

The contending film was shot in March 2020, right during the main outbreak of the virus, which proved quite a challenge, yet one they found workable solutions to overcome, and that the cast and crew equally found well worth it; greatly rewarding even beyond the screen time.

A dark comedy with a strong social commentary about the gentrification of the once flourishing Latin neighborhoods of Silverlake and Echo Park, Los Angeles, the film reminds us of the importance of preserving culture. The official synopsis of “Slashing Silverlake further explains the films spooky extravaganza:

“Silverlake’s old Hispanic gangs come back as Zombies from the depths of Dodger Stadium during the full moon to take revenge, reclaim their neighborhood from gentrification, and slay the phony hipsters.”

Logline: To Save the World from Hipsters the Dead Will Rise.

The Dream Team Directors are also proud to announce that they “collaborated with rising star musicians on the film soundtrack including Alexis De La Rocha, Ask Carol, The Fleurs, Social Gravy, and R-Tronika.”

The Dream Team are excited to show the film this Halloween season, their favorite holiday, stating that the film follows in the tradition of their favorite films growing up including "The Lost Boys" and "Beetlejuice."

Dream Team Directors Bayou Bennett and Daniel Lir are 32 times Award Winning creators and directors who have done campaigns for some of the most famous companies and stars in the world including Adidas, Coldplay, Mark Ruffalo, Bella Hadid, and Lindsey Stirling, among more.

Visit the Official website of the Dreamteam Directors at: https://www.dreamteamdirectors.com