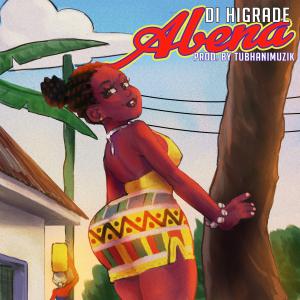 In “Abena”, Di Higrade opens up the deepest parts of his heart. The track symbolizes a vulnerable and humbling gesture as his smooth voice speaks to the love of his life. His adoration for this woman is evident in the single, “Abena”.

“Love they say can push people to do very crazy things, and none of us is an exception to this narrative,” says Di Higrade.

Di Higrade, born Roger Akutcha, has been off the scene for a while. This new song is the perfect come back song that best fits the current trend of waves and afro beats. “Abena” was produced by Tubahni Musik.

Growing up in Ghana, Di Higrade would spend long hours listening to music, amazed and enchanted by how something that is so boisterous could help him cope and let loose of all his troubles and worries. Soon enough, he switched from just listening to songs and instead went on creating them. It was then that Di Higrade realized his true passion for music. He hopes his music will make a difference in people’s lives with his songs. Di Higrade draws inspiration from iconic musicians like Bob Marley, Vybz Kartel, Movado, Shaggy, Sean Paul, to name a few. Di Higrade’s music can most commonly be described as reggae or dancehall. However, he often pays homage to his heritage with an added level of afro beats, amongst which he has proven in some of his previously released singles.