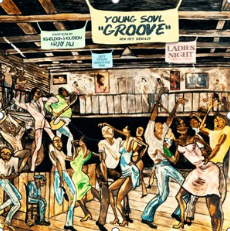 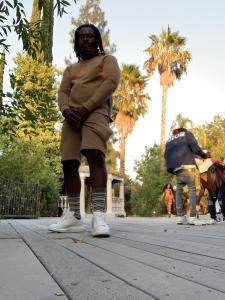 “Groove” is a fun, light R&B/soul track that’s easy to dance or chill out to. Young Sovl was inspired by old school records he grew up listening to. He began combining all his favorite beats and rhythms together, then sent it to Ray Ali to polish it up. Like its name, “Groove” makes you want to get up and dance, groove to the song, and forget your troubles, even if just for a minute.

Young Sovl plans on shaking up the rap/hip-hop by giving the people what they need, not what they think they want. “When you tired of the turn up or the music that put you in an aggressive energy you’ll turn on some Sovl and want to dance, smile, and sing along,” says Young Sovl.

Young Sovl is a multi-talented artist from Broward County, Florida. He specializes in singing, songwriting, rapping, and creating hip-hop, pop, soul/R&B music. Young Sovl’s been singing since high school, in school choirs and continued his passion in college, where he studied music and music business. There he learned opera and how to play the piano, adding versatility to his resume. From there he started managing producers, getting them plugged in with artists such as Syaridakid, Kevin Cossom, Trae the Truth, and many others. Later on, he was able to focus on his own music, collabing with artists like Selfish Ways, performing at shows, and working with producer Ray Ali. The pair even landed a sync license situation at Capitol Records. Young Sovl has also done a lot of work in co-production.