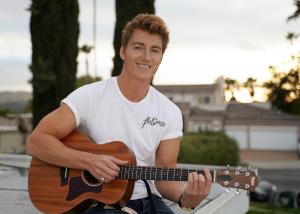 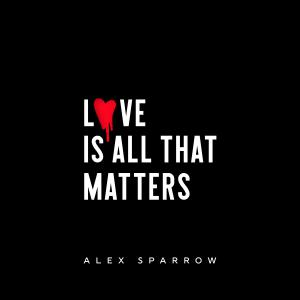 Alex Sparrow – Love Is All That Matters

LOS ANGELES, CA, USA, September 18, 2020 /EINPresswire.com/ — Nearly a billion total streams with “She’s Crazy But She’s Mine”; a role on Netflix’s Space Force (recently #1 in the US and globally) with Steve Carrel and John Malkovich; a champ on X-Factor, Wipe Out, and Dancing With The Stars; surviving a car wreck and massive stroke… is there anything Alex Sparrow hasn’t accomplished? This Russian born and Austrian aristocracy raised singer, multi-instrumentalist, actor, professionally-trained stuntman, dancer, director, and screenwriter is a star in his native land – and with nothing left to prove at home, he’s brought his talent to the United States. Not one to coast on his laurels, Alex Sparrow wants to inspire: he wants to show everyone that with a healthy lifestyle, a positive mental attitude, and lots of hard work, anything is possible.

On August 28, 1963, civil rights activist Martin Luther King Jr. gave what would become one of the most famous speeches of all time: his “I Have a Dream” speech, during the March on Washington for Jobs and Freedom, which called for civil and economic rights and an end to racism in the United States. On May 25, 2020, George Floyd – a 46-year-old black man living in Minneapolis – was killed by a white police officer, prompting nationwide protests against racism and police brutality. Soon, Black Lives Matter grew to be what might be the largest civil rights movement in history: on June 6, nearly half a million people turned out in more than 550 protests across the United States.

Alex Sparrow’s “Love Is All That Matters,” released on June 19, feels applicable to so many different situations – the Black Lives Matter movement, the current COVID-19 pandemic, countless environmental tragedies, to say a few. It seems the world – and our hearts – is full of negativity – but Alex pleads, “Every day is the same old story / But every minute is a chance to change our lives”; maybe we can be the ones to make that change. “The world could either change us / Or we could change the world / Cuz love is all that matters,” he reminds us in the chorus.

Alex Sparrow is a colorful character – he’s known for his big smile, infectious melodies, and impeccable dance moves – but in the “Love Is All That Matters” video, he’s shown in black and white. The video opens with a clip from MLK’s “I Have A Dream” interspersed with recent Black Lives Matter protests. Performing with the intensity fans have come to love him for, Alex shows us that there is hope – hope for a better world, hope for life, and hope for love – in all the chaos.