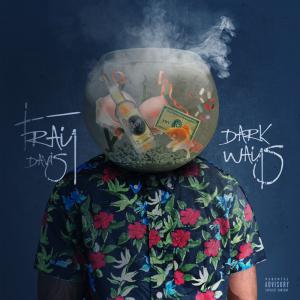 Dark Ways is a hip-hop/rap EP featuring 10 recorded within 10 hours, creating a raw, unfiltered sound in each of the tracks. Tray adds freestyling mechanics to show his fans his versatility, and his drive to constantly give them something never heard before. Dark Ways includes uptempo club music, chill/hangout music, and some vulnerable tracks.

In “Devil on Vacation,” Tray invites listeners into a vulnerable glimpse of his life, allowing them to feel what he feels. For fast-paced, fun songs to dance to, check out: “Lee Sun,” “Gin for My Sins,” and “Ratchet Models.” For a more laid back vibe, listen to: “Zaf,” “Hazards,” and “Scumbags.” Wrapping up the EP is “Daphne,” which is a light hearted letter to someone he wishes he could’ve connected with.

“Being able to express myself and my desires over certain sounds and melodies is just pure bliss for me. Once I realized "versatility" was my thing it was set from there that I wanted to be an artist.,” Tray says, speaking of his musical inspiration.

Tray Davis is also currently working on his next projects; a few singles and a visual for “Devil on Vacation.”

Tray Davis is a multi-genre music artist, originally from Florida, currently living in California. He primarily creates songs within the hip-hop and pop genres. Tray has been writing music since 2010 and has been recording tracks since 2017. His debut EP, "Urgent Care," came out the same year along with a few singles.