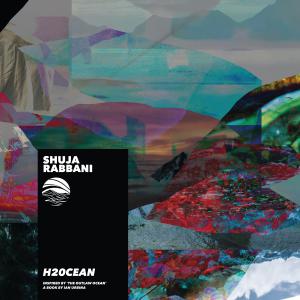 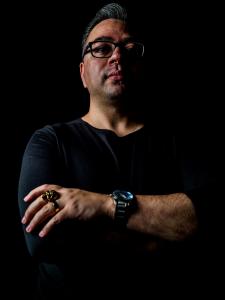 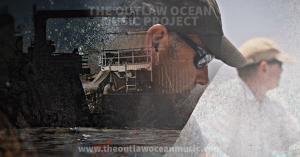 I’m honored to be part of this phenomenal project to help raise awareness on what goes on in the open waters of our planet. We are all connected in this world!”
— Shuja Rabbani

DUBAI, DUBAI, UNITED ARAB EMIRATES, August 9, 2020 /EINPresswire.com/ — “The Outlaw Ocean Music Project” is a first-of-its-kind collaboration which melds music and journalism. In combining their mediums, these narrators have conveyed emotion and a sense of place in an enthralling new way. The result is a captivating body of music based on original reporting in The Outlaw Ocean. Using a sound archive and inspired by the reporting, over 250 artists from more than 50 countries produce EPs in their own interpretive musical styles — be it electronic, ambient, classical or hip hop — and are released every other month.

Read more about the project here. Read about our press coverage here.

While reporting at sea, journalist Ian Urbina built an audio library of field recordings featuring a variety of textured and often rhythmic sounds, from machine-gun fire on the coast of Somalia to chanting from captive deckhands on the South China Sea. Inspired by the reporting, artists from around the world created EPs sampling sound clips from Urbina's archive, integrating them into their respective genre — from electronic, to ambient, classical, to hip-hop. Each participating artist also created EP artwork using photography Urbina's team captured at sea, beautifully illustrating the reporting.

Similar to a soundtrack setting the scene for a movie, "The Outlaw Ocean Music Project" gives both depth and meaning to the field recordings: it's music tied to something deeper. An Indonesian woman crying at sea, passages from a climate change speech on a Greenpeace ship near the Arctic, chanting sea slaves. Each track embodies a backstory, an issue, a powerful visual, all spreading the same message about the ocean and the need to stop certain abuses.

"The Outlaw Ocean Music Project" also speaks to the power of creativity. The music transports listeners into a multi-faceted emotional soundscape, shaped by the subjects reported and each artist's cultural context and experience.

"The Outlaw Ocean Music Project" is Dubai-based producer Shuja Rabbani’s first musical collaboration. “I’m honored to be part of this phenomenal project to help raise awareness on what goes on in the open waters of our planet”, say Rabbani whose album titled ‘H20cean’ is part of this project. ‘H20cean’ is Rabbani’s

About Shuja Rabbani: Shuja Rabbani is a UAE-based music producer with over 100 music tracks available on all leading digital music streaming platforms.

About Ian Urbina: Ian Urbina has earned numerous awards for his journalism, including a Pulitzer Prize for breaking news, a Polk Award for international reporting and an Emmy nomination. In addition, his stories have been converted into films such as ‘Machine Gun Preacher’ starring Gerard Butler, ‘American Honey’ with Shia LaBeouf, and ‘Promised Land’ with Matt Damon. More recently, Leonardo DiCaprio and Netflix bought the rights to adapt The Outlaw Ocean into a feature film and a docu-series.