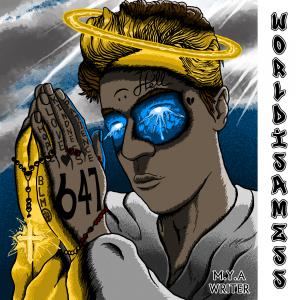 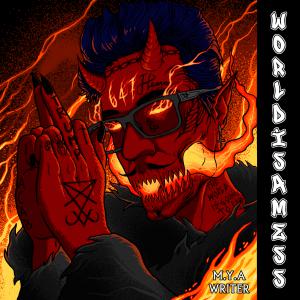 WORLDISAMESS is Available Now on All Major Platforms

Although the lyrics are mostly similar for “WORLDISAMESS (Angel version)” and “WORLDISAMESS (Demon version),” there are slight deviations lyrically at different parts with the main difference in both tracks being the sound. The Angel version is a naturally light-hearted, acoustic version, while the Demon version is a rougher, rock-type take on the song. The multi-versions represent the multiple paths one can take on the journey of life. It will be an interesting task for fans to spot all the differences!

“The world is a mess, and how we react to it going forward will reveal a lot about us. Feelings like: anger, sadness, and heartbreak are valid, but so too is acceptance and making peace with our reality for the sake of progress. This is why my first single has two versions. To tell this story, the one we’re all still writing together,” says M.Y.A. WRITER.

As an aspiring Canadian artist, M.Y.A. WRITER has already made great strides, working hard to achieve his dreams. While his experience as an aspiring novelist has helped his musical writing abilities, he created this multi-track project with little other resources.

M.Y.A. WRITER is from a poor community in Ontario, called 5 Field Sparroway. Since he grew up sheltered and spent most of his time inside the tight confines of an apartment building with a family of six (at the time), most of his childhood was devoted to creating his own stories. This was his first love, writing. He later fell into a Physics major at his university. After not feeling satisfied with his major and finding out saddening news about his first real love interest, M.Y.A. WRITER began pursuing a path of true happiness for himself. Although he has no prior musical experience, he is pursuing a life as a songwriter and rapper.