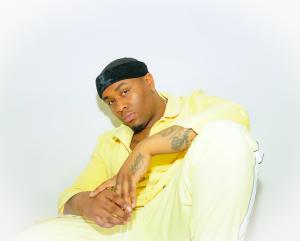 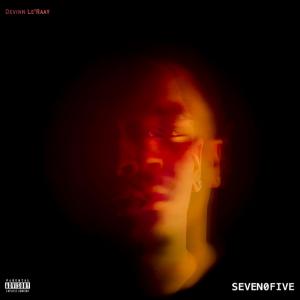 He takes to Los Angeles to contemplate the love he lost to another guy, doubting her actual feelings towards the newbie, and confident that she is not over him.

ATLANTA, GA, USA, August 7, 2020 /EINPresswire.com/ — A wise man once said, "smooth is a lifestyle," and while we don't have any context regarding what he's referring to, it makes sense in every area of life. Smooth in communication? Yes. Smooth with love? Definitely. But smooth with music? Spot-on. Devinn Le'Raay encompasses all of the above in his buttery smooth R&B. Some of his tracks are explicit and some aren't; but there's always enough pillow talk to give goosebumps to listeners. The St. Louis native discovered his passion for music at a young age by singing at church. Other life activities came and went, like baseball throughout high school and fatherhood. He took a quick break to join the military, and during his tour in Afghanistan, Le'Raay knew that he could no longer disregard his fervor for music.

Since coming back to the States, Le'Raay has released three EPs, all with the common energy of sonic weight and warm reverb. He is currently signed to the record label, Second Month of Summer, and boasts over 250K streams in over 70 countries. He's mastered the art of live performance and has performed at a plethora of venues throughout his city like House of Soul and Blue Dine and Lounge. Now, it's time for the rest of the world to experience just a sample of what Devinn Le'Raay has to offer.

While Le'Raay is accompanied by charming background dancers Ashle Pegues and Caitlin Vasser in the music video for "Still Luv Me?", it's clear that a certain someone is missing by his side. The beat is patient and compliant, allowing Le'Raay to completely dominate with his silky vocals. He takes to Los Angeles to contemplate the love he lost to another guy, doubting her actual feelings towards the newbie, and confident that she is not over him. The glow from the sunset and accents of color from the notable Playground Studio intensifies the visual's suggestive energy. We're left with a cliffhanger when Le'Raay pulls up to an undisclosed location with a gun; the screens cut to black, and we can only assume he went to get his girl back.

When you're stuck in your feelings, the best place to go to let those emotions manifest is the city at nighttime, of course. The second video we present to you, "Gas U Up," is the intro track from the EP No Breaks. Drenched with thoughts coming straight from his mind, Le'Raay seems to be the perfect fit for the partner he is singing about. He states, "I am the lane" (an impeccable guy who checks off what every girl looks for), and there is no need to slow down. Flames burn, the city glows, and Le'Raay toasts to the girl he's won over.