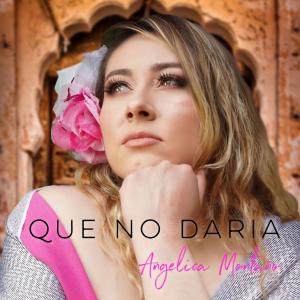 California native Angelica Montaño delivers a heart-felt ballad with a nod to her Mexican roots and to bring attention to help rescue animals by donating a portion of the sales of her single, “Que No Daria,” to worthy causes. 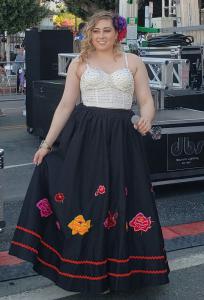 Angelica Montaño performed at a cultural festival in Los Angeles to a crowd of more than 10,000. 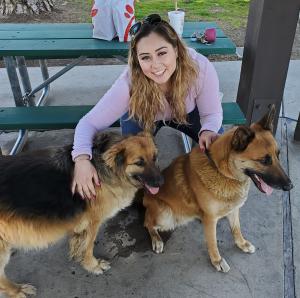 Angelica Montaño is an animal rights activist and humanitarian. She supports the Best Friends Animal Society by donating a portion of her music sales and virtual live performances to benefit domestic animals in need. 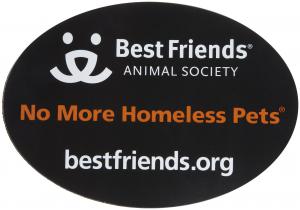 Singer-Songwriter Angelica Montaño encourages people to volunteer and attend the Best Friends Animal Society Super Adoption Events when possible and safe to do so in Los Angeles, New York City, Salt Lake City, Atlanta, as well as, rescue groups across the nation. 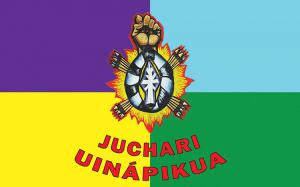 Paying homage to her Mexican roots and as a descendent of the Purépecha Indians, singer-songwriter Angelica Montaño will donate a portion of the proceeds of her single to benefit and preserve the culture and history of the tribe also known as the Tarasco Indians.

Something about Mariachi music always warmed my soul, it felt like the melodies, harmonies, lyrics and arrangements running through my veins like fire.”
— Angelica Montaño, singer-songwriter and animal activist.

LOS ANGELES, CALIFORNIA, UNITED STATES, June 2, 2020 /EINPresswire.com/ — Music is the language of the mind, body and soul, a concept Angelica Montaño has taken to heart throughout her budding music career. Montano's debut single, "Que No Daria," about unrequited young love, is available on all digital platforms Spotify, iTunes, Apple Music, Tidal, Google Play, and Amazon. Her sound is a nod to her Mexican heritage as a descendent of the Purépecha Indians.

As a songwriter and singer, she honors the legacy of the Purépecha Indians also known as Tarasco Indians. She achieves that by naturally blending tradition and contemporary to showcase the sounds that make Mexico special and vibrant. Born and raised in Whittier California, Montaño's Mexican roots run deep. Her parents are from Los Reyes Michoacán Mexico.

"My Purépecha heritage comes from several generations," said Montaño. "In my research about my family, I discovered that the Purépecha Indians, known for musical skills, were one of the most advanced civilizations of Native American tribes in Central America." Notable Mexican figures who claim the Purépecha Indian ancestry are NASA astronaut and inventor José Moreno Hernández , musician Don Pedro Dimas and Juan Mendoza, known as El Tariácuri, a Mexican singer of the Mariachi genre.

For as long as she remembers, Montaño has always expressed her passion for music. "My best childhood memory is when my parents sold paletas at the Pico Rivera Sports Arena," said Montaño. "It was a thrill to meet many Mexican singers backstage at these events."  Pico Rivera Sports Arena, located in Southern California, is known for Latin entertainment and rodeos.

"I remember as a kid putting on headphones and blasting my Alejandro Fernandez, Mariachi Vargas, and Mariachi Sol de Mexico CDs and day dream of performing on a big stage with the best Mariachi band ever known," she said.

Watching performances of her idol Selena Quintanilla, Montaño was determined to develop the skills necessary to be on any stage. "Selena was my very first role model," said Montaño. "Selena inspired me at such a young age to be confident to sing and dance in the public's eye. Performing has always come naturally to me." You might say that was the beginning of her love affair with traditional Mexican music.

Last year, Montaño teamed up with Ismael Gallegos, a composer and singer-songwriter, to write the her single, "Que No Daria." Gallegos' music can be heard on TV and movie soundtracks such as the feature films, "Alpha Dog" and "A Walk in the Clouds". He wrote the theme song with Carmen Jara for the TV show "Who is Right."

​In addition to her advocacy for the preservation of her ancestry, Montaño fights for pets' rights. She plans to host a virtual performance "Celebrating the Joy of Music with Angelica – A Benefit Concert." The special event is described as honoring her great grandfather and to lift the spirits of the forgotten Purépecha Nation, as well as giving to the Best Friends Animal Society in memory of her beloved rescue pet Osita who died from cancer.

"I know the benefits of having a pet in my life and know the pain of loss," she said. "I wish I could save all animals who need a loving home and medical care." Best Friends Animal Society, a 501(c)(3) nonprofit organization, operates the nation's largest sanctuary for homeless animals; provides adoption, spay/neuter, and educational programs.

An upside of COVID-19 was the surge of pet adoptions and fostering across America. "Companion pets are a blessing and I hope that people will appreciate the value of giving vulnerable animals a loving and safe home," said Montaño. "During this challenging time, remember music, hope and love is good for the soul and peace of mind."

"Through the public's support, my music sales, virtual and live performances will benefit other people and animals in need," she said.