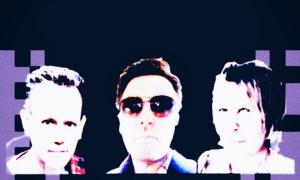 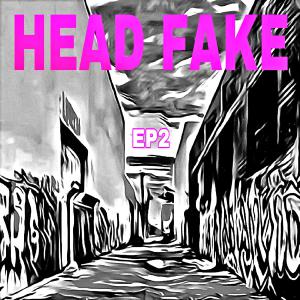 Few images are as quintessentially American as the silhouette of a cowboy on a horse. Put that horse in motion – on a plain, for instance, or in the company of other animals at a rodeo – and you've got something that speaks powerfully to the national psyche. The same thing can be said about the verities of popular music, and that sense of freedom and transcendence that great rock songwriting provides. It is, in short, classic, and the classics never beg to be ratified by fashion.

That's something that the members of Head Fake know instinctively. They're not in it for personal glorification; in fact, they barely show their faces. These three semi-anonymous musicians representing London, New Jersey, and Miami prefer to let the music speak for itself. And when it speaks, it does so in a language that everybody understands. The group's songs are simultaneously propulsive and austere, exciting and ruminative, poised and deliciously immediate. The guys in Head Fake don't need to tell you that they're industry veterans whove been making music for decades. That experience is evident in every note they play.

EP2 may be a five-song release, but it hardly feels brief. Instead, it displays the range of these musicians, and their heart, too. They can be as swaggering as they are on "Cigarette," and as tender and confessional as they are on the gorgeous "Song For Daughters." "I'm Found," the band's latest single, is an absolute sizzler from the first solidly-struck electric piano chord. Echoes of all the group's antecedents, from the Stones to the Stone Roses, are audible in the mix. All the overtures to the classics are deeply felt and fully realized: call-and-response vocals rooted deeply in the blues and gospel tradition, hand percussion, guitar skronk and springy bass, statements of purpose. This irresistible groove radiates optimism, satisfaction, and hard-won wisdom.

In the clip for "I'm Found," we're shown typical Americans engaged in the sorts of activities that bring true contentment: stable-hands tending to the needs of their charges, couples in love slow-dancing on the railroad tracks, motorcyclists streaking through forest paths. Yet as familiar as these people might seem, none of this footage is ordinary. The slow-motion shots of bull-riding highlight the skills of the cowboys and the beauty and power of the animals. The cyclists take on the roads at high speed with their hands off of the handlebars. Even the lovers are shot in a manner that makes them seem nearly mythological. The message is clear: our simplest gestures are often our most profound.