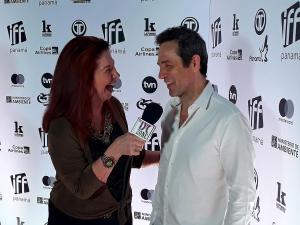 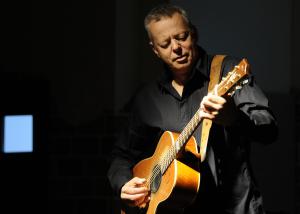 The DM Zone is a syndicated, online television channel that is hosted across multiple video platforms across the Internet.

ATLANTA, GEORGIA, USA, February 10, 2020 /EINPresswire.com/ — The DM Zone has been selected to provide media coverage for the first Beaches Jazz and Blues Festival and the International Film Festival of Panama – two of the most important cultural events in Panama. The Beaches Jazz and Blues Festival features 34 talented bands who have won 19 Grammy Awards and an additional 20 Grammy nominations. The International Film Festival of Panama is one of the most important film festivals in Central & South America.

“The Pacific beaches of Panama are wide, white and uncrowded. This year, we’re balancing the Boquete Jazz & Blues Festival in the mountains with a second festival at the spectacular Buenaventura Resort, on Panama’s Pacific Riviera a bit west of Panama City,” shared John Wolff, producer of the Beaches Jazz and Blues Festival. “Indulge in Panama City’s fabled nightlife before or after. We’re bringing some of the best musical talent to Panama to play with Panama’s best.”

Two-time Grammy nominee Tommy Emmanuel is one of Australia’s most respected musicians. The legendary guitarist has a professional career that spans five decades and continues to intersect with some of the finest musicians throughout the world. A household name in his native Australia, Tommy has garnered hundreds of thousands of loyal fans worldwide. Eric Clapton states “he’s the best guitar player I’ve ever seen.” Chet Atkins shared “he’s one of greatest guitar players on the planet.”

“Tommy’s unique style – he calls it simply “finger style” – is akin to playing guitar the way a pianist plays piano, using all ten fingers. Rather than using a whole band for melody, rhythm, bass, and drum parts, Tommy plays all that – and more – on one guitar,” said Wolff. “Guitar legend Chet Atkins was one of the first to inspire Emmanuel to try this “fingerpicker” style as a child. Decades later, Atkins himself became one of Emmanuel’s biggest fans.”

For rock music fans, the Grammy Nominated group the Spin Doctors are legendary. Pocket Full Of Kryptonite exploded in 1992 and are still relevant today on the music scene.

“When we were selling 50,000 records a week, I’d walk into a mall to buy underwear and 300 kids would surround me,” said founder Chris Barron, lead singer of the Spin Doctors. “Pass a record store and you’d hear the tills ring, as that all-conquering debut album marched towards 10 million sales. Pass a news-stand and you’d see the lineup staring back from the cover of Rolling Stone. Flick on MTV and you were serenaded by planet-straddling follow-up hit “Two Princes,” whose irresistible groove and scream-it-back chorus took it to #4 on the Top 100 singles chart and more US radio spins than any other rock ‘n’ roll song in 1993.”

“It’s going to be epic,” said John Wolff, producer of the Beaches Jazz and Blues Festival. “With the Boquete Jazz Festival success for the last 14 years, it’s time to take our music festival to the Panamanian Pacific Riviera. We are bringing a world class lineup for our upcoming festival on March 20 – 22, 2020.”

The International Film Festival of Panama (IFF Panama) exists thanks to the immense passion that the Panamanian public feels towards cinema. It is the audience of Panama, always open to exchange with all the nations of the world, the one that marked the birth of the festival in 2012 and the one that has made it grow by recognizing and supporting it as an essential cultural nutrient.

“Having the privilege of covering IFF Panama has been a joy,” said Dianemarie (DM) Collins, host of The DM Zone. “We have been able to provide feature interviews with actors, directors and other industry professionals to an English-speaking audience while showcasing this amazing film festival. Panama has a growing film industry with movies like Contraband, 42, Tailor of Panama, Quantum of Solace and Hands of Stone and it is always exciting to see the industry converge in Panama for the festival.”

With scores of movies from around the world and hundreds of guests from abroad, the 9th edition of the International Film Festival of Panama (IFF) will be held between March 26 and April 1, 2020.

“Cinema is Life is the theme of the IFF Panama 2020. Trying to achieve that, Panama has yet another attribute. The festival is being driven as a tourist destination,” said Pituka Ortega, Panamanian filmmaker, and IFF Executive Director.

The International Film Festival of Panama (IFF Panama) begins to warm its engines and invites families and the general public to the free screenings of films that have been part of the festival in other editions and also applauded in commercial cinema. All share a message that is aligned with the philosophy of IFF Panama: Cinema is Life. In an outdoor environment, under the stars and with complementary cultural activities such as street markets and staging this activity will take place.

Since then, the numbers do not stop growing: the films that respond to the call, the famous directors, actors and producers who present their films to the audience, and especially, the amount of public that attends and enjoys the call of IFF Panama.

About The DM Zone
The DM Zone is a syndicated, online television channel that is hosted across multiple video platforms across the Internet. With combined views exceeding 1.2M unique views over the last 12 months, the DM Zone is a compelling platform for politicians, authors, actors, athletes, musicians and other creative professionals.