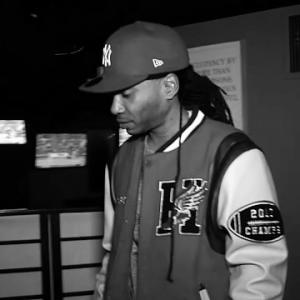 The composition uses an 808-heavy trap style instrumental to capture the audience's attention. 'Love It' is a chill/sexy club banger with slick down to earth lyrics and a super easy to remember hook.

The song was produced by UK based music producer Mubz Got Beats and features singer/songwriter and life long friend inKredible Blaze. 'Love It' was recorded and co-engineered by Sho Richardsin and Grammy Nominated producer/engineer Jahmaine Bright of triangle recording studio.

This club banger is one of 10 songs offered via the Object Of The Haters vol. 2 mixtape released in December 2019. Since its release the 'Love It' single has garnered over 5k streams. The song is now available for Stream and Purchase on Spotify, Amazon, Google Play, iTunes and other digital platforms: for more information visit: https://www.shorichardsin.com/2019/11/love-it-single-release.html

Born in Chicago raised in Brooklyn, New York, inKredible Blaze grew up with many influences musically from Hip hop to R&B. A Singer, Songwriter and Producer that loves to create and loves a great music session. A survivor of a life-altering personal tragedy, blaze channels the pain to create beautiful musical works of art.

Sho is a St Vincent and the Grenadines born recording artist, songwriter, and producer. He has worked with a variety of upcoming artists in many capacities including marketing, production, engineering and artist development. Sho now has 15,000+ streams and climbing on Spotify, Apple Music and other streaming services.

For more information, promo requests, or to arrange an interview, contact to Sho Richardsin or The Sheep's Clothing EP visit: http://shorichardson.com/