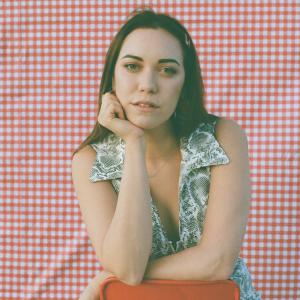 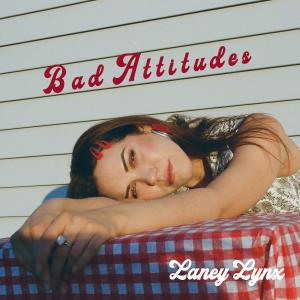 Like many of her other songs, the new single describes a balancing act between poise and passion, impulse and restraint, reticence and desire.

It takes some real creativity to choreograph a sequence in which the performers are sitting down. But a table is no obstacle for the dancers in the clip for "Bad Attitudes," the latest single from the New York-based artist Laney Lynx. The electropop singer is surrounded by four women whose appearances are similar to hers: hair up, brightly-colored blazers on, addressing the camera (and each other) with alacrity. They could be at a particularly stylish business conference or gathered for lunch at a fashionable cafe. Their seated dance routine is crisp, smart, and a joy to watch – a perfect mixture of restraint and abandon.

Not coincidentally, that's exactly what Laney Lynx is singing about in "Bad Attitudes." Like many of her other songs, the new single describes a balancing act between poise and passion, impulse and restraint, reticence and desire. "Bad Attitudes" is a dispatch from the early moments of a relationship. Laney finds her new flame compelling but frets aloud about the troubling company he keeps. By extension, she's worried about herself. What sort of person will she become if she stays with her new boyfriend? What if she falls deeper, and harder, and loses control?

If that sounds like a heady subject for a pop song, rest assured that "Bad Attitudes" is, above all, a blast: a lush, ethereal, dreamy confection made for playlists, radio sets, bedroom reveries, and dancefloors. The track is a sharp amalgam of breezy synthpop bounce and new wave impertinence – and there's more than a little rock energy to it, too. "Bad Attitudes" builds on the leftfield success of single "Nothing Sounds The Same," an underground favorite that lit up the summer of 2019 and established Laney Lynx as a legitimate successor to Haim and Sky Ferreira. "Love Sick," her not-dissimilar debut, was featured in MTVu's The Freshmen.

On the cover photo for "Nothing Sounds The Same," Laney Lynx sports fuzzy, oversized pink earrings. She's not wearing anything quite that unusual in "Bad Attitudes." But large earrings are a visual signature for her, and in her new clip, she's got some gorgeous pairs to show off: big pink circles, upside-down metal Us adorned with gold bangles, elegant hoops. It's all consistent with her impeccable sense of style and decorum. In keeping with the character she's playing, she never loses her grace or her sense of self-possession – even though it's clear that her boyfriend's lifestyle is driving her mad, and even when her friends take turns whispering provocative secrets in her ear.