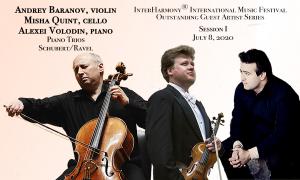 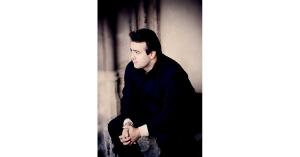 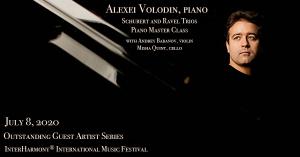 Alexei Volodin performs and gives a masterclass at the InterHarmony Festival in Italy in July.

Participation of piano virtuoso ALEXEI VOLODIN at InterHarmony will be one of the most awaited events of this summer. Acclaimed for his highly sensitive touch and technical brilliance, Alexei Volodin is in demand by orchestras at the highest level. He possesses an extraordinarily diverse repertoire, from Beethoven and Brahms through Tchaikovsky, Prokofiev, Scriabin to Gershwin and Shchedrin. Volodin regularly appears in recital and has performed in venues such as Wigmore Hall, Wiener Konzerthaus, Amsterdam Concertgebouw, LSO St. Luke’s, Barcelona’s Palau de la Música and Mariinsky Theatre. He has appeared in Sydney Symphony Orchestra, Sinfonica di Milano Giuseppe Verdi, St. Petersburg Philharmonic, Orchestre symphonique de Montréal, Mariinsky Orchestra, and Polish National Radio Symphony Orchestra. Besides performing in an eloquent trio evening, he will give a piano masterclass.

InterHarmony® International Music Festival takes place each summer in Acqui Terme, Piedmont, Italy, and Sulzbach-Rosenberg, Bavaria, Germany. It combines multiple concerts of world-renowned soloists and chamber musicians, at the same time providing intensive study programs for young musicians, helping them to climb the steps to world stages of classical music. As part of the Outstanding Guest Artist Series, participants will be brought together with some of classical music’s brightest lights, who will perform and give masterclasses.