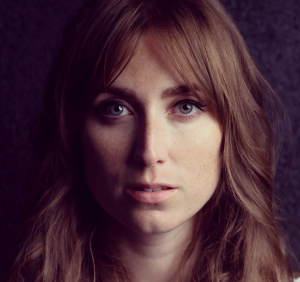 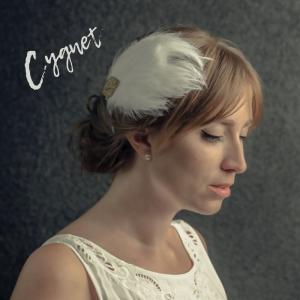 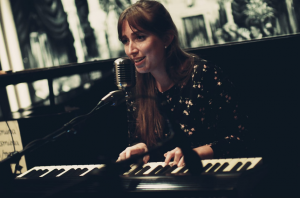 Cygnet, the debut album by Petra Jasmiina, is rapidly gaining wind under its wings ever since the release on October 5th, 2019.

I stepped away from music for a few years while I was traveling and working abroad. I think I was finding myself, seeing the world, and living in the moment. But I always kept on writing.”
— Petra Jasmiina

NEW YORK CITY, NY, USA, January 23, 2020 /EINPresswire.com/ — Singer-songwriter Petra Jasmiina, born in Finland and based in New York City, enchants listeners with poetic storytelling, set in fresh sounds of indie pop and folk with a Nordic flair. Taking us to a unique place between a fast-paced city and a sunset by the lake, Cygnet, not unlike the story of the singer-songwriter herself, is a story of love, home, growing pains, and following your dream into the unknown.

Petra Jasmiina Haapamäki, born in Helsinki, Finland, started writing songs when she was only nine years old. Music was always her favorite thing to do, but after graduation, life took her elsewhere – to work in Spain, Greece, Turkey, and Thailand, to be exact. “I stepped away from music for a few years while I was traveling and working abroad. I think I was finding myself, seeing the world, and living in the moment. But I always kept on writing.” After some years in the sun, she found what she had been looking for.

In 2015, the 25-year-old left her friends and family to book a flight across the Atlantic. “Now that I think of it, it was the craziest thing I’ve ever done. I had no job, no apartment, and knew no-one in the city. I had barely researched visas, job permits, or apartment prices. But there have been a few of those moments in my life when logic or practicalities just don’t matter, and it’s like I had no choice. I had to do it. Realizing I needed to make music and pursue my dreams. Even with all the chaos and uncertainty that followed, the moments of clarity and determination gave me peace.”

The beginning of a new life in New York City wasn't a soft landing. Finding friends, getting an apartment, or even opening a bank account, didn't come easily. Following a dream of making music seemed very different from what we see in the movies. A few years and a handful of experiences later, she not only calls New York City her home but enjoys the exciting and ever-changing music scene of the city. This is partly thanks to Writer's Room Songwriter Series, which started as an all-original-songs' open mic, and has grown to be a respected showcase of the city's best up and coming songwriting talent. To Petra, it's felt like a safe haven, a hub to form new friendships and a doorway to a new community of songwriters and indie musicians. "We've had the pleasure of having Petra regularly perform at our series since we launched back in the summer of 2018 and are proud to see her quickly become a dynamic songwriting force. We are also grateful for her passionate support of our series, including creating our Indie NYC playlist on Spotify", says Scott Krokoff, who founded and hosts the showcase alongside Jeff Jacobs. Like Krokoff, Jacobs has been creating and performing in New York for over a decade. He's also performed with Petra on various occasions and says, "Listening to Petra takes me back to a time when songs were songs. She's a natural-born weaver of poetry and melody, and there's a sweetness to her voice that is unmistakable."

In January 2019, Petra started recording with beloved New York producer and sound engineer Craig Levy of Little Pioneer Cider House Studio in TriBeCa. “Petra was secretly my favorite new collaborator in 2019. In such a short time, she’s gone from a singer-songwriter to being a true co-producer with so many interesting ideas that match her personality perfectly. She’s a natural storyteller – besides lyrics, she wants to tell a story with the production, too, whether it’s a near theatrical choice of instruments or a Finnish word hidden in the backing vocals. It’s always something new and even strange, but there’s a meaning behind each choice.”

Cygnet, her debut album, is an excellent example of this. Hours, the first single of the album, released in September, opens with a beautifully restless guitar picking by Finnish jazz master Olli Hirvonen. The song makes us chase sunsets alongside powerful drums and ethnic chants. At the same time, catchy, pop Sheeran takes us to a dingy live music joint in the heart of the city with the strums of an old guitar and percussions created by literally sliding a beer bottle down a studio table. Possibly the most adored song on the EP, however, is Arsonists, a melancholic piano ballad with swelling violins played by Estonian entrepreneur and musician Valev Laube. The lyrics move elegantly between the secular and the poetic, something that seems to have become a bit of a staple of her writing. “Arsonists is a story about a love burned out. It is something that is both day-to-day and ordinary, and also full of metaphor and poetry. As it is the most personal of all the songs, and probably the one I’m most proud of, it has been amazing to see how people have embraced it and made it their own. That’s really what making music is about for me – a connection.” Petra says.

Even though she left Finland at the age of 19, home is and always will be a big part of Petra’s identity and music. After all, the album title, meaning a baby swan, honors the national animal of Finland while signifying a debut and a beginning. The album is for her, and exciting plans are already in place for recoding a full-length album. Petra is also a cast member and an Associate Producer of Kalevala The Musical, an upcoming Broadway production based on the Finnish National Epic. The creator of the musical, Johanna Telander says, “Petra is a welcomed, bright new voice in the world of singer-songwriters. Her honest, reflective songs are catchy and relatable with just the right amount of Nordic Twist. What she brings musically can only be matched by her intelligence, drive, and SISU.”