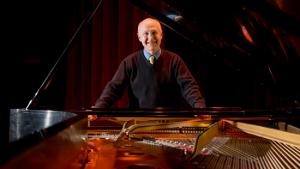 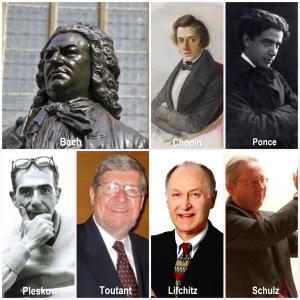 The event will be held at the Marc A. Scorca Hall of the National Opera Center (330 7th Ave – Floor 7) in Manhattan. It will start at 8 PM and will end around 9:30 PM. The Auditorium is ADA Accessible. Admission is free (no tickets required).

The event is part of the 2020 Composers Now Festival taking place throughout New York City.

It will be streamed live through the National Opera Center YouTube Channel @
https://www.youtube.com/channel/UCWuF3z-RDm0G3N2rv4rB6kQ

Featured will be Frederic Chopin's rarely heard Fugue in A Minor; Manuel M. Ponce's Prelude and Fugue for the Left Hand; and a newly minted piece by Mr. Lifchitz based on the four pitches implicit in the name Bach. Also on the program will be first performances of Raoul Pleskow's Late Winter Music; B. Allen Schulz's Jade Dance; and William Toutant's Ludes and Fugues.

Active as pianist and composer, Max Lifchitz has appeared as soloist with among others, the Albany Symphony Orchestra, the Clifton Park Chamber Orchestra, Mexico's National Symphony Orchestra, Peru's National Symphony and the Neuchatel Orchestra in Switzerland. The San Francisco Chronicle described him as "a composer of brilliant imagination and a stunning, ultra-sensitive pianist" while the New York commented on his "clean, measured and sensitive performances." A graduate of The Juilliard School and Harvard University, Mr. Lifchitz is the founder and director of the New York City based North/South Chamber Orchestra now celebrating its 40th consecutive season. His numerous recordings are widely available through iTunes, Spotify, Amazon, YouTube and other commercial music streaming services.

The artist is available for interviews and may be contacted through the North/South office.

The event is sponsored by North/South Consonance, Inc.– now in its 40th season of advocacy on behalf of the music of living composers. It is made possible in part with public funds from the New York State Council on the Arts and the New York City Department of Cultural Affairs. Additional support from the Zethus Fund and many generous individual donors is gratefully acknowledged.