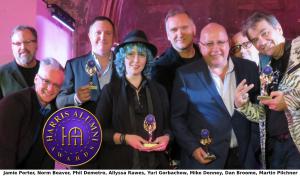 Harris Institute alumni are in leadership roles in every area of the Canadian music industry. They have established a wide range of successful companies and won or were nominated for 247 awards in the last 2 years.