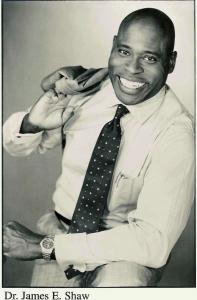 President Trump, the nation's most publicized ANTI-AMERICAN, is completely at ease in publicly serving as Vladimir Putin's poodle.

LOS ANGELES, CA, UNITED STATES, November 25, 2019 /EINPresswire.com/ — James E. Shaw, a Psychology professor, who for years taught doctoral (Psy.D. and Ph.D.) students at The Chicago School of Professional Psychology, says he well remembers watching in horror the late Russian Czar Nikita Krushchev’s televised angry threat, “We will take over America, but not with our military…with your own democratic processes. We will BURY you!”

"Trumpty Dumpty sits on a wall, the world he oversees
A MORON he is, says his CABINET friend
He’ll NUKE us to eternity He’s not PRESIDENTIAL
The brain of a pencil, he TWEEKS and FAKES America
His SUPREMACIST pals, BRAINLESS guys and gals
A GANG of deadly BACTERIA!"

"Pardon me, Mr. President, but what the Trump are you?
You gush love for RUSH-SHE-AH…you’re Putin’s APPRENTICE stooge!
You once said you could shoot somebody dead in a Fifth Avenue rage
Your hair’s all orange…are you really…ORANGUTANG in a cage?"

The writer of the above and other lyrics comprising “Trumpty Dumpty: Faking America Great!” is the same James E. Shaw, Psychology professor. Shaw says that most Americans “realize that Trump is Putin’s POODLE, a much-longed for Russian asset,” whose “treasonous acts may NOT result in Trump’s consummate or crushing impeachment, but could certainly lead to Vladimir Putin’s being the Trump family’s financial angel as Trump gives Putin the keys to taking over the United States.” Shaw, who also holds a university degree in music, wrote both music and lyrics for “Trumpty Dumpty: Faking America Great!” He registered this protest song with Broadcast Music Incorporated (BMI). The song, winner of the Finalist Award, in the "USA Songwriting Competition," is now distributed by iTunes, Pandora, AmazonMusic, GooglePlayMusic, and over 30 other music-streaming sites.

"People say you’re T-Rump, with a T-Rex gene
Is that why you want PUTIN as America’s future king?"

"Let us keep D.A.C.A. forever, tear your WALL downTrump!
Stop your dance with Putin, in your BROMANTIC swamp
Seems you love RUSH-SHE-AH, more than us, T—RUMP
Daylight come, we want you go home, IMPEACH your RUMP, we must!"

"Stop your dance with Putin, in your BROMANTIC swamp
Seems you love RUSH-SHE-AH, more than us, T—RUMP
Daylight come, we want you go home, IMPEACH your RUMP, we must!"

Shaw says, “Joe Biden is, arguably, one of the rare high-profile Americans and presidential contenders who clearly and fully understands that Trump’s doggy-like fawning over Vladimir Putin reminds the press and anybody else watching, of the deepening Putin cancer destroying our democracy, as Trump submits, with alarmingly increasing frequency to the blood-thirsty Putin’s whims and wishes for totalitarian control of the United States of America.”

Shaw says that American people have a “well-documented history of virtually, automatically” learning and predicating their responsive behaviors around beloved protest songs that changed the course of America’s history. “If one analyzes popular American songs, including protest songs, there are ideas, truisms, calls to action, and a foundational spirit inspired and cemented by optimism and faith inherent in almost all of America’s renowned songs.” Shaw says, “I am pinching myself and deeply appreciative” that American protest song icon, Bob Dylan, “recently tweeted me that he likes my song, ’Trumpty Dumpty: Faking America Great!’”

Shaw is appealing to "All of America's artists, actors, musicians, and other celebrities to compose protest songs, poetry, books, blogs, and articles, in a giant and collective rebuke of Donald Trump, in a growing tsunami-like pre-2020 voters' denunciation! Donald Trump, PUTIN'S POODLE, has to go back to where he came from!" Shaw says he was extremely happy to learn that, just days ago, super-songwriter and performer Carole King “announced her coming out of retirement to write protest songs about Trump.”