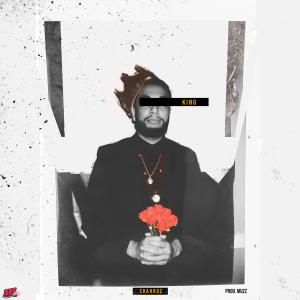 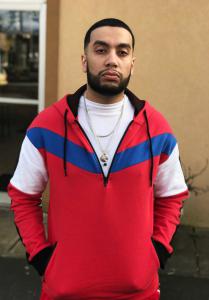 KING is an up-tempo, loud, and energetic record riddled with basketball metaphors. “I wanted to create the ultimate basketball anthem that would be played across arenas and used by basketball players at all levels to get pumped up before games. I had an opportunity to submit the song to NBA2K and the NBA through UnitedMasters, so I couldn’t pass that up.” The song has been used in a promotional video for the new video game NBA 2K20, amassing over 200,000 views. The Portland Trailblazers quoted Shahroz’s line about NBA superstar Damian Lillard in a recent tweet and the song has even been mentioned by NBA players such as Enes Kanter.

Recently, Shahroz partnered with the social media titan BallisLife on a mixtape highlight reel of the #1 ranked basketball player in the class of 2021, Jonathan Kuminga, which featured KING as the soundtrack. Don’t be surprised if you hear the single on a later soundtrack update for NBA 2K20.

Shahroz is best known for his breakout in 2012 when he released a single featuring fellow NJ native, Joe Budden. The song was promoted by DJ Funkmaster Flex and generated a large buzz for the young artist. “I was like 20 years old when we did that record with Budden. He was my favorite rapper at the time, and to be able to hang out and work on music with him in the studio for like 6 hours was surreal. It opened a lot of doors for me.”

Shahroz went on to graduate from law school after having worked at Warner Bros. Records. His knowledge of the music industry led to him creating 92F Entertainment, a music agency that was seeded by Bervann Capital. Managing Partner of Bervann Capital, Tariq Hussain said, “When I met with Shahroz, I immediately realized he was hungry, intelligent, and more than just an artist. We would often end up talking about basketball, so I decided to bring him into our ecosystem. We created Bervann Sports Management, a division of Bervann Capital that focuses on basketball, and Shahroz has been working with us.”

“Music and basketball are my two biggest passions. The two have always been intertwined, I mean, even this song is inspired by one of my role models, LeBron James. The opportunity to combine these elements on a large platform was something I always dreamed of. I’ve also been working with a professional trainer so J. Cole, Drake, Meek Mill, or any other rapper that wants to see me on the court can reach out to set up a game,” Shahroz said.

Follow @therealshahroz for more on his journey.
View the NBA 2K20 Promotional Trailer