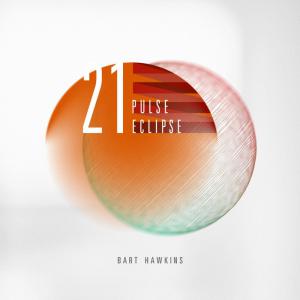 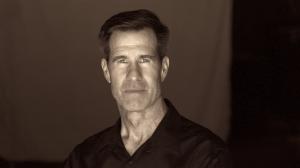 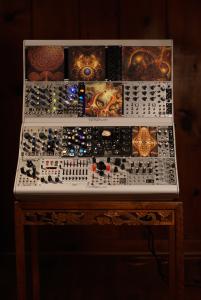 The universe is electric, we all are just medium through which this electricity flows endlessly.”
— Bart Hawkins

PORTLAND, OR, USA, September 27, 2019 /EINPresswire.com/ — Celebrating the fundamental energy currents that are the building blocks of all electronic music, Bart Hawkins’ debut release 21 Pulse Eclipse is a bold and provocative album that takes a deep dive into the distinctive world of modular synthesis and pure electronic sound-shaping. The title track was composed on August 21, 2017 during the full solar eclipse in Oregon, and radiates the power of solar alignment and electronic spiritual perspicuity. The album 21 Pulse Eclipse will be released September 27, 2019; all music formats and digital music links are now available at Spotted Peccary Music.

Reflecting on his composition process, Hawkins shares some insight about his creative methods and motivations. “This album is based on the fundamentals of energy currents, the building blocks to all electronic music. I wanted to capture the powerful, raw, undulating currents that create the life and breath of electronic music. I wanted to learn from and know these currents as I would know a human being. To listen to each voice, to know their own unique life cycles as they come into being one moment and dissolve into the next.”

Modular synthesis is a unique art form, both from a creative process and a listening experience. The sounds are unique and have a sonic footprint or personality. Building these sonic personalities into a moving sonic journey is like sculpting something that is infinite. Hawkins suggests that “the universe is electric and we all are just medium through which this electricity flows endlessly.”

“I wanted to create music entirely on a modular system, using no keyboards. Throughout the album, I incorporated tape loop recording techniques and used natural sounds that I recorded. In the track ‘Torus Energy,’ I even pulled audio off of my old video tape of a Tibetan dance I recorded when I traveled to India in 1994. I recorded sounds of a small local music festival, so that I could weave it into the tracks, ‘Dream Meditation’ Parts 1 and 2. I wanted to embrace not only electrical energy from the modular, but also electrical energy found in nature and elsewhere. I believe this gives 21 PULSE ECLIPSE more of an organic experience.”

The title track was composed and recorded during a full solar eclipse. Eclipses have their own very special energy about them and throughout history they are steeped in deep lore. “I wanted to sit down in front of the modular synth the day of the eclipse to — as I would like to think — pull down that unique energy of the eclipse and let it evolve through the modular synth, as the eclipse evolves through its cycle. I did notice that there was a particular ‘pulse’ of energy associated with this solar eclipse and this pulse also showed up musically. The 21 is not only the date of the eclipse, but is considered by many esoteric texts as a divine number and is very sacred. It was quite an experience for me.”

Infinite, timeless, unrestrained, visionary; any number of words could be used to describe the enigmatic soundscapes of 21 Pulse Eclipse, as Bart Hawkins uses the power of sound to break the barriers of the finite experience, simultaneously reaching inward and outward to explore the currents of an ever-expanding electronic dream. Berlin-School, Classic EM, Sequencer, and Deep Listening are all apt style and genre descriptors for Hawkins' impressive debut release.

21 Pulse Eclipse was composed, recorded and mixed by Bart Hawkins, mastered by Howard Givens, and designed by Daniel Pipitone. As with most of the Spotted Peccary Music catalog, it is available in physical CD format, in 24-BIT Audiophile, CD Quality Lossless, MP3 (320KBPS) and on most streaming platforms, including Qobuz and Amazon Music HD.

About Bart Hawkins:
Bart Hawkins is an electronic music composer with an emphasis in modular synthesis. Bart’s dedication to the inner sonic landscapes began in the early 80’s when he started practicing Zen Meditation and his discovery of the Berlin School style of electronic music. He was launched into an array of musical landscapes, sound textures, and silence. This sparked a spiritual awakening into the power of sound. With his ears turned inwards, Bart freely journeyed through different layers of consciousness. By the time Bart was in his early 20s he was living with the Hopi and had several private talks with the Dalai Lama. Bart Hawkins’ 27 years experience as a professional film and video producer with a concentration on cinematography, has translated well into visionary music. Early in his film career while editing films on a Steinbeck flatbed, Bart began to experiment with tape loops, delays, re-recording techniques, and mixing ambient sounds with music. Bart has a deep appreciation for orchestral music, pioneering musicians, and how music can break the barrier of the finite experience. Bart’s musical journey in modular synthesis is a powerful sonic experience into an electric universe. Visit https://www.facebook.com/Barthawkinsmusic

About Spotted Peccary Music:
Portland-based Spotted Peccary Music is North America’s finest independent record label with a focus on deep, vast and introspective soundscapes. For over three decades, the artists of Spotted Peccary has been on a mission to develop, produce, publish and release ultra-high-quality, deep-listening experiences that engage the listener and exceed expectations. Every release is carefully prepared in a variety of high quality formats from MP3 to high-res studio masters. Explore more than 160 titles and 45 artists at www.SpottedPeccary.com and www.AmbientElectronic.com.