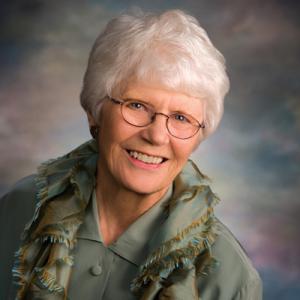 Ruth Brennan has dedicated her life to the promotion, support and preservation of the arts in South Dakota.

“The arts need a good, firm, strong foundation in the community,” says Brennan, “and I love the arts, period.”

Indeed, art administration has been the focus of Brennan’s professional and volunteer work for many years: she served on the board of the South Dakota Arts Council from 1988 to 2011, securing funding and programming; she has been a board member and panelist for Arts Midwest in Minneapolis and board member of South Dakotans for the Arts, followed by a consulting contract with that agency from 1999-2013. She was a member of the city’s Historic Preservation Commission from 1987-1995. From 1968-1983 she was the contracted arts reporter and columnist for the Rapid City Journal, the community’s daily newspaper, then later wrote a monthly arts column for the paper from 2004-2014.

Though not an artist herself in the conventional sense, Brennan has always had strong interest in the arts. She says her appreciation started with her mother, whose Drake University degree was in piano performance.

“My mother started me on piano when I was five,” recalls Brennan. “I was never more than a mediocre pianist, but it introduced me to all kinds of music. She made sure that she took me to the community concerts in Sioux Falls where my family lived, to hear musicians from all over the world, so I grew up with music and theater. We did not have art galleries in our community until I finished high school.”

Brennan was instrumental in the creation of the Dahl Arts Center in Rapid City. Brennan says the highlight of her career was having a gallery named after her in the Dahl Arts Center. Today, the Ruth Brennan Gallery stands as a reminder of Brennan’s unique and profound contribution to the arts community of South Dakota.

“I always thought if a door opens, walk through it.”

Listen to the show on BlogTalkRadio