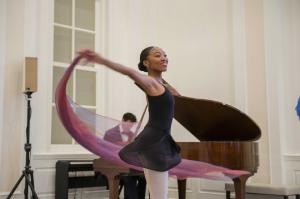 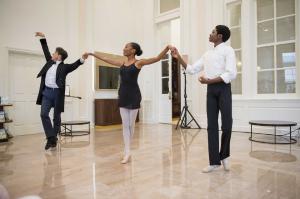 We are pleased to be able to provide a platform for artists.”
— Amber Skjelset, manager Scientology Information Center

CLEARWATER, FLORIDA, US, August 8, 2019 /EINPresswire.com/ — On Sunday, August 4th, renowned international entertainer Ruben Celiberti, not only sang, danced and played the piano – but he also gave a platform to up-and-coming artists to shine at the Scientology Information Center in Downtown Clearwater in his event, “A Celebration of the Arts.”

“My love for music began at the age of 3 when my father gave me a toy piano, said Italian-Argentinian Celiberti, about his childhood during the performance, sharing his story “Do you know what I first learned to play? It was ‘Happy Birthday.’ “With my imagination – the little piano became a big piano, the window curtain became the curtain of a theatre, and the wall was the audience. I would play the piano and my sister Patricia, who was one year older than me, would dance and we’d put on a show.

This time, it was Samuel and Lavette Jones who performed while Celiberti played for the over 60 guests who filled the Historic Clearwater Building lobby. Lavette and Samuel are Patel Conservatory students. Guest performer, saxophonist Alvin Bueno played two songs with his soprano saxophone adding to the multi-faceted performance.

Additionally, a surprise, unrehearsed duet unfolded as Diego Iglesias, also from Argentina, began singing an impromptu duet with Celiberti. The

Guest Michelle Hod said, “That was amazing – when the man got up from the audience and sang with Ruben, unrehearsed – adding to the very talented youth performances. It all made for a very uplifting evening.”

“We are pleased to be able to provide a platform for artists,” said Amber Skjelset, manager of the Scientology Information Center. "It reflects what humanitarian and artist L. Ron Hubbard once explained about the importance of artists and their role in society, ‘A culture is only as great as its dreams, and its dreams are dreamed by artists.'”

The next piano/cultural event with Mr. Celiberti will be hosted in the Scientology information Center will be on Saturday, September 21st at 6:30pm.

To attend this performance or to learn more about the Scientology Information Center, please contact Amber at 727-467-6966 or amber@cos.flag.org.

The Scientology Information Center, located in the century-old Clearwater Building in downtown Clearwater, opened on July 11, 2015 and currently houses a gallery of audiovisual displays with some 400 videos. The Center is open to all and provides a self-guided tour showing basic Scientology beliefs, Churches around the world, ongoing social programs and the life of L. Ron Hubbard, Scientology’s founder. The Center offers tours to the broad public and civic leaders; holds concerts, theatrical performances and receptions for the community; and opens up the use of its conference room to social, civic and non-profit groups.

Photo caption: Ruben Celiberti, International entertainer performing with up-and-coming artist Lavette Jones at the Scientology information Center, “A Celebration of the Arts” on August 4th, 2019. The Scientology Information Center, home to a multi-media presentation on Scientology beliefs, the life of Scientology Founder L. Ron Hubbard and the humanitarian programs sponsored by the Church, also regularly hosts such cultural events.