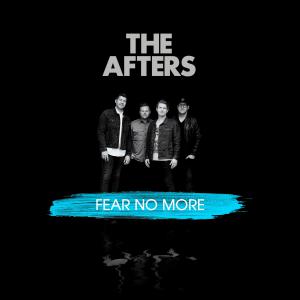 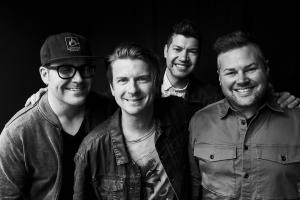 The band also premiered the official concept video for the fan-favorite title-track, “I Will Fear No More” on May 30. Filmed by labelmate Jon Steingard of Hawk Nelson, the video embodies the message of this powerful anthem against anxiety, proclaiming that fear no longer has control because God is trustworthy.

Vocalist Josh Havens explains, “The songwriting process for us has always evolved from conversations we have when we are together and we are just sharing about our lives. These guys are my best friends and we do life together. But this album is a bit of a breakthrough for us, in that we have become more vulnerable and open with each other – and that comes out in our music. We tend to write an album when we feel like we have something to say – and we could not be more excited about releasing and sharing this collection of songs.”

“With one poignant and emotional hit after another, Fear No More is a raw and honest collection that is sure to leave an impact. Rating 4.8 out of 5: must listen!” – The Christian Beat

“Fear No More is The Afters' best album in over a decade, made all the more impressive by the fact that most of it was produced by the band's own drummer, Jordan Mohilowski, who imbues each track with life and pitch-perfect sheen.” – Jesus Freak Hideout

“These songs will certainly connect with listeners and showcase the multi-talented band’s trademark balance of vocal tenderness and lyrical intensity, beautiful and stirring musical arrangements and, above all, songs with a sense of hope and inspiration. This is sure to be one of my top albums of the year and it is truly ‘well done’.” – Kevin Davis, New Release Today.

“What Josh Havens and co. have delivered is an album full of moments of tranquility and others full of powerful anthems, as this album continues, after repeated listens, to climb the list of my favourite albums of 2019 thus far!” – 365 Days of Inspiring Media

The Afters – I Will Fear No More