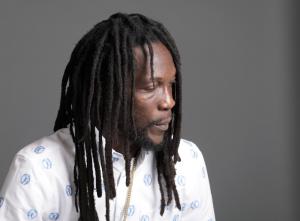 Native Trinidadian and Rastafarian Marlon Sobers aka Marlon Asher is one of the most sought after reggae artist in the country. The moniker “Asher” comes from the 12 tribes of Israel who represent December and the spirit of Christ. 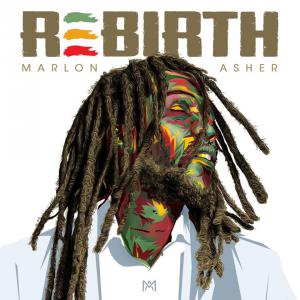 Rebirth is Marlon Asher’s third studio album featuring some of the best Carribean artists. Asher continues to deliver an authentic reggae sound with a Trinidadian flavor.

Asher, a sought after artist, is a member of the collaboration "Life of A Ghetto Youth Chapter 2" that claimed the Number 4 spot on the Billboard Reggae Charts

The name of my album, Rebirth was inspired by Anthony B. We want to keep reggae music alive. I want to share my journey as an artist and the amazing, supportive people I have met around the world.”
— Marlon Asher aka the “Ganja Farmer” or “Ganja Cowboy”

""Rebirth" gives my fans a fresh edge to reggae by blending authentic reggae sounds with California roots, dance hall, and jazz," said Asher. "It was so much fun to record and I am very excited to release it. Some of the songs go back as far as two years because I wanted to get the right artist on the song."

One of his favorite songs is "Mama Say," which is based on the principles his mom instilled in him. "I hope her words of wisdom should have similar influence on others," he said. "She told me to make sacrifices in life, work hard and you will survive."

Asher said all the tracks were a true labor of love. "The album was made with Trinidad in mind and the love of my country and the challenges that my people face," he said. "I want the fans to walk away with a sense of appreciation for all people. It shows love, heartache, the struggle and God Almighty."

"Rebirth" offers 13 tracks that take you on my journey from my childhood to the brand about Ganja that I started not just for the Ganja farmer, but also for the everyday person that loves the ganja plant!," said Asher. "It's a way of life distinguished by the ready accessibility of happiness & love."

"The name of my album, "Rebirth," was inspired by Anthony B and we want to keep reggae music alive," said Asher who is also known as the “Ganja Farmer” or “Ganja Cowboy." "I also wanted to share my journey as an artist and the amazing, supportive people I have met around the world."

It may surprise you to know that one of the most celebrated reggae singers born as Marlon Sobers but best known as Marlon Asher started his music journey as a member of the Mount Ararat Spiritual Baptist Church Choir founded by his grandfather who was also the pastor and a power speaker. "At 7 years old, music has always been part of my life," said Asher, a native Trinidad, specifically Enterprise, Chaguanas that has grown from a small village to the largest borough and fastest-growing town in Trinidad and Tobago.

He later converted to Rastafari where he became a pioneer of Trinidadian Reggae and its movement. His passion grew for the reggae sound.

"I came from a loving two-parent household," said Asher. "My father Glenford Sobers, Sr. worked on a farm in Canada and my mother took great care of us." Asher's dad was a self-taught classical opera singer and an inventor of the quadrophonic steel drum.

"My father traveled back and forth from Canada and when he would return, he would bring back a musical instrument from a guitar, keyboards, bass guitar, harmonica to synthesizer, drums, and a tambourine," recalled Asher. "My brother, Glenford, Jr., learned to play all the instruments and I sang while he played."

From time to time Asher would accompany his dad to Canada to work at the tobacco farm. "I was allergic to tobacco and had to quit," he said. "I went back to working in carpentry and masonry until one day one of my co-workers heard me sing and encouraged me to pursue it." He built homes and commercial buildings in the day and sang at night. "It was a way to pay bills," he said.

One night, he was performing at a local club. "Music Agents Jeron Woodruffe and his sister Anjulet Woodruffe discovered me, that break eventually took me all around the world," said Asher. "While working on a building, I received a phone call from New York to fly there to perform on stage at a nightclub. New York was a chance to do something for myself. It was my first time in the States and I stayed for 3 years performing."

As his career progressed he released hit singles including “Fit & Strong,” “Love Of Jah," “Shorty” and “Ganja Cowboy." “The Ganja Farmer” sparked controversy in his country, due to his pro cannabis lyrics.

His first album was "Illusions," which was recorded in Atlanta, GA and included a few tracks produced by Don Corleon, a Jamaican record producer, songwriter, and mixer, "Psalm 35" and "Save Their Souls." Corleon has worked with artists, such as, Migos, Sean Paul, Sizzla, Keyshia Cole, Rihanna, Shaggy, Migos, Trinidadian-born Nicki Minaj, and more. Following that album, Asher collaborated on "Life of A Ghetto Youth Chapter 1," under VAS Productions LLC.

"Rebirth" is available on all digital platforms including iTunes, Amazon, and GooglePlay.