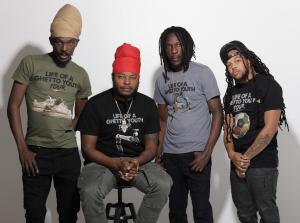 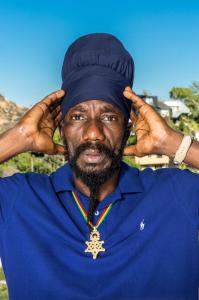 Grammy-nominated Sizzla Kalonji has released more than 75 solo albums and more than 15 compilation albums, crossing different genres of reggae. His album, “The Messiah,” was nominated for a Grammy Award. 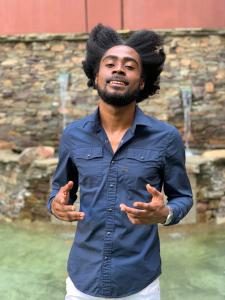 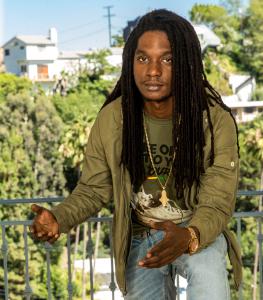 Melech Miguel-Kayodeye Collins also known as Melekú is a young and upcoming reggae artist. He was born in Kingston, Jamaica and grew up in the areas of August Town, Liguanea and Barbican. Melekú is the son of Sizzla. 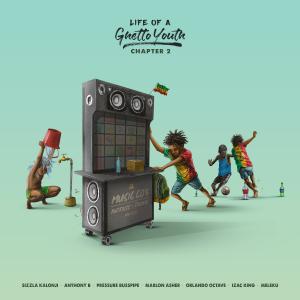 Life of A Ghetto Youth is the story of my life in Trinidad. Portions of the proceeds from the sale of the Chapter 2 album will be donated to families who are affected by the violence in Trinidad.”
— Ricardo "Rico" Vasconcellos, founder of VAS Productions LLC

HOLLYWOOD, CA, USA, May 22, 2019 /EINPresswire.com/ — "Life of A Ghetto Youth – Chapter 2" compilation album, based on true events about the dangerous life in Trinidad,dropped on Friday, May 17 to rave reviews. "The project is our labor of love and features songs by top reggae artists: Sizzla Kalonji, Anthony B, Pressure Busspipe, Marlon Asher, Izac King, Meleku’, and Orlando Octave," said Ricardo "Rico" Vasconcellos, the founder of VAS Productions LLC and the brainchild behind the "Life of A Ghetto Youth" movement. The project follows the 2017 critically acclaimed compilation album and sold-out tour dates.

The second compilation album, a fusion of quality Caribbean entertainment, is available on all digital platforms. It was executive produced by Vasconcellos and Vychalle "Kid" Singh. "We all share a common thread of our backgrounds, religious beliefs and experiences, so it is no surprise that we all agreed to donate a portion of the proceeds from the sale of the Chapter 2 album to families who are affected by the violence in Trinidad," said Vasconcellos.

The first compilation project yielded $30,000 in donations for the victims and survivors in Trinidad and Jamaica. "We expect our second project to triple in the amount of donations to help our friends and families."

Vasconcellos grew up in an extremely dangerous area of Trinidad. According to the Inter-American Development Bank, Trinidad and Tobago is currently on track to have its highest homicide rate ever in history. "During my formative years, there was so much youth on youth murders. I made a promise to my mother that this would not happen to me," said Vasconcellos. "I left the gang life and focused on the music and entertainment industry."

Music has been in his blood since the age of 10. "I grew up in a loving, single parent household," he said. "To help out my mom financially, I burned CDs and sold them on the streets of Trinidad." Vasconcellos left Trinidad in 2012. In a few short months after arriving in the United States, he arranged for his long-time friend, Marlon Asher, to meet him in the US and signed him to his record label. "Music was my way out, it saved my life," said Vasconcellos.

"Life of A Ghetto Youth musically tells the story of Vasconcellos' life in Trinidad. "One tragic night, Marlon's family was the victim of a home invasion and robbery. Unknown assailants murdered Marlon's brother and sister and wounded other family members," he said. "Out of that unspeakable tragedy, Marlon and I decided to make a difference. The project took on a spiritual force of its own and is very close to my heart."

"This album truly encompasses the definition of Caribbean peace, love, and unity," said Singh, a man of many talents as an audio engineer, producer, writer, musician, record executive and concert promoter. "My goal was to incorporate the producers, musicians and artists who took the "rootical" vibe of reggae to a new place sonically." Singh is a Grammy-Nominated Producer and Engineer for “Sizzla Kalonji” and the Engineer on DJ Khaled's album, “Father of Asahd” on the song, “Holy Mountain."

Singh was born in New York City but raised in Trinidad. He left New York with his family when he was ten. His father was a DJ.

"When I turned 16, I followed in my dad's footsteps and became the No. 1 DJ in Trinidad. I did that for one year while going to school," he said. "I would DJ from midnight to 5 a.m., go to school from 8 a.m. until 4 p.m., perform household chores, sleep for about 3 hours then head back to the nightclub."

Singh was seriously devoted to his music; however, he graduated at the top of his class for Civil Engineering. "Unfortunately, my passion was not in civil engineering," said Singh. "It broke my parents' heart but I had to follow my heart and pursue music."

At 17, Singh moved back to New York and was on his own. "I studied at the Institute of Audio Research for three years and graduated at the top of my class," said Singh. "I returned to Trinidad and opened a recording studio which led me to meet Sizzla."

Sizzla told Singh, "I will take you out of here and make something of you." Three months later, Sizzla and Singh recorded an album. Sizzle flew Singh to his native Jamaica to mix the album. Singh considers that experience his first big break. The album was released as a mixed tape, which made a lot of noise in the music industry.

At the 56th Annual Grammy Awards, Singh and Sizzla were nominated for a Grammy for "The Messiah," in the Best Reggae Album category. In 2016, their mutual friend Marlon Asher introduced Vasconcellos to them and brought them on the Life of A Ghetto Youth Chapter 1. "It didn't take much to convince Sizzla and Anthony B to sign onto the project," said Singh. "Rico's vision was so powerful, we immediately clicked and began to make music magic."

The Life of A Ghetto Youth – Chapter 2 takes the listener through a musical journey featuring some of the Caribbean’s most prolific artists.

"This project shines the light on the struggle and our message is heard in our music," said Singh. "I want the youth to take their minds away from material things that have no meaning and show them love and the importance of living a positive life."

Bonus Track from Life of A Ghetto Youth – Chapter 2, “How Great is This Moment” featuring Meleku’, the son of Sizzla