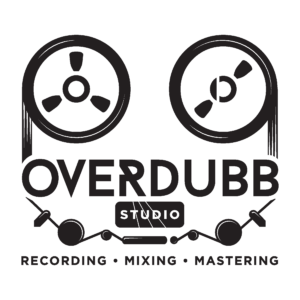 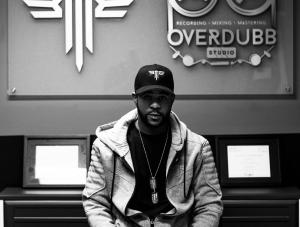 I’ve always been passionate about music and audio. Even before I enlisted in the Navy, music played a large part in my life and as I served my country, too.”
— Dwight “Dubb” White

LAS VEGAS, NV, USA, May 20, 2019 /EINPresswire.com/ — U.S. Navy Vet, Dwight “Dubb” White, is pleased to announce he has successfully battled adversity through the creation of a recording and editing studio.

“I’ve always been passionate about music and audio,” says White, Senior Engineer/Owner of OverDubb Studio. “Even before I enlisted in the Navy, music played a large part in my life and as I served my country, too.”

White’s journey in creating OverDubb Studio, however, has been filled with adversity. In 2010, White was battling to overcome injuries he sustained while on active duty. Unfortunately, he was not able to overcome his injuries in order to be released back into full duty, and was medically separated after completing his enlistment.

“I was left with few options and unable to work the job I was training to do for four years in the Navy,” says White. “Once discharged from active duty service, I immediately went back to school to get training as an audio engineer.”

In 2011, White completed his training at Fullsail University and moved back to his hometown of Los Angeles where he interned at the highly respected Larrabee Sound Studios for 18 months. Bad luck struck again, however, as he was told by his doctors doing his internship that he reinjured himself and would need surgery again.

This time I was told I would be unable to walk for three to six months and this effectively destroyed my dreams of becoming an assistant engineer at the studio I was interning at,” White says. “I felt hopeless and decided to pack up and move to Las Vegas to be closer to family until I recovered.”

Upon his arrival in Las Vegas, some time had passed and he decided to rent a small office space to set up his equipment to be used as a music therapy to help with his depression, and to give him something productive to do with his time.
“After a while working with various local artists, I saw that maybe I could start my own studio,” White states. “I eventually built up a nice clientele and was excited to put everything I had into my business.”

But, in July 2018, adversity struck again when White’s office space was broken into. Thieves made away with much of his expensive equipment, leaving White feeling devastated and heartbroken.

“I fell back into depression after that, but after about a week, I picked myself up and vowed I wouldn’t let someone else ruin my dreams,” White says. “I moved into a new, larger office space with better security to set up OverDubb Studios and finished renovations by October.”

Since then, OverDubb Studios has received great reviews and feedback from clients. White is currently seeking new individuals and businesses that are in need of professional audio work.