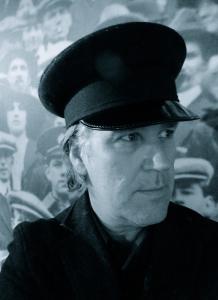 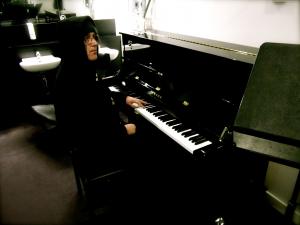 Extremely honoured to have been part of this album, his music has inspired me since I was 8 years old, and continues to…”
— Tom Moth, Harpist, Florence And The Machine

GARY DALY, FOUNDING MEMBER OF CHINA CRISIS, ANNOUNCES THE RELEASE OF HIS DEBUT SOLO ALBUM: GONE FROM HERE, ON 31 MAY 2019.

Gary Daly, founding member of British band, China Crisis, will release his debut solo album: GONE FROM HERE on 31 May 2019. The twelve track album, will be available to purchase on the site, Music Glue and is now available to pre-order.

GONE FROM HERE is a cornucopia of beautiful melodies, sparkling arrangements, tender, clever meditative lyrics, dreamy synths and soaring horns that straddle the different genres of pop, folk, and jazz. The album was mixed by three time Grammy Award-Winner, Mark Pythian, and was produced by David Berger, Carl Brown and Brian McNeill.

Tom Moth from Florence And The Machine brings his ethereal harp playing to GONE FROM HERE, alongside musicians from Outfit, Blue Of Noon, China Crisis, Wave Machines, TVME, and The Royal Liverpool Philharmonic Orchestra who also feature.

Tom Moth, harpist with Florence And The Machine said: “Extremely honoured to have been part of this album, his music has inspired me since I was 8 years old, and continues to…"

China Crisis enjoyed international success , selling in excess of 4 million records with five Top 40 and eleven Top 50 singles and three Top 40 albums in the UK, and released their first five albums with Virgin Records. Their third album, Flaunt the Imperfection, was produced by Walter Becker of Steely Dan fame and reached no. 9 in the UK Album Charts in May 1985. China Crisis worked with Becker once again on 1989’s Diary of a Hollow Horse which earned critical acclaim. Their last album, Autumn in the Neighbourhood, was released in 2015 via Pledge Music with the support of their considerable, loyal fan base.

Gary Daly added: “Making records is just about everything I’ve ever wanted to do. From messing about with old tape recorders and crappy synths, to working with in some of the world’s best recording studios with some amazing artists…it’s a magical experience for sure, and one I continue to love doing."

GONE FROM HERE’s first track, Carousel Of Stars, is now available to download for free at Music Glue, prior to release of the album, and features singer, John Campbell of It’s Immaterial and China Crisis’s Eric Animan’s breathtaking sax.

Today also marks the first video release from the album for the track: I Work Alone, which was designed by Adam Sloan and features Gary’s own personal artwork to dazzling, hypnotic effect.

GONE FROM HERE was recorded in Liverpool, North Wales and Scotland, and was engineered by Daniel Woodward, David Berger, Brian McNeill, and Thomas McConnell.

To pre-order the album or download Carousel Of Stars, please visit:

To view the video for I Work Alone, please visit:

– Gary Daly is the founding member of British band, China Crisis who were formed in 1979 in Kirby near Liverpool, Merseyside.
– Due to popular demand, China Crisis continue to tour around the world.
– ‘Gone From Here’ is Gary’s first solo LP. He released the EP ‘How To Live And Love Your Life’ in 2009.
– His music was featured in David Fincher’s ‘Gone Girl’ and most recently in Netflix’s ‘Sex Education’.
– Gary is also a prolific artist, and he has held solo exhibitions of his work in the UK. He designed the artwork for all the China Crisis albums.