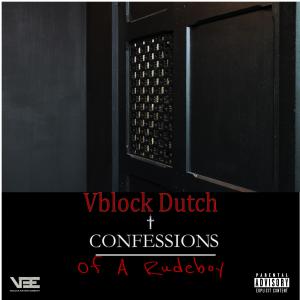 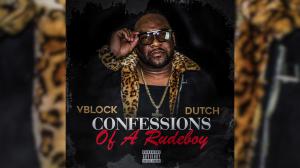 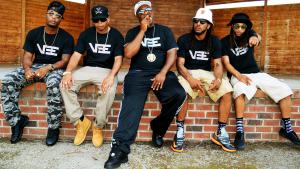 VBE CEO delivers a Hip-hop masterpiece following up on his 2017 release Kingston 11. Choc-full-o-hits, #COARB delivers much variety leaving nothing to chance.

RALEIGH, NORTH CAROLINA, USA, March 25, 2019 /EINPresswire.com/ — Confessions of a Rude Boy #COARB is the latest album release from renown Dancehall / Hip-Hop artist Vblock Dutch, the Jamaican born record producer and CEO of VBE (Vblock Entertainment) an independent Record Label in Raleigh North Carolina Being an independent label VBE ceeds to the difficulties going up against the big boys and readily admits as to how hard it is for an album to get noticed above the clutter but #COARB has started to gain signiﬁcant traction and buzz on the social media circuit and has reached scores of potential listeners with the album getting thousands of plays on Spotify and Itunes among other platforms. This is only the start of what is to come for this Album and for Vblock Dutch as a major player in the music industry as we head further into the year 2019.

As a veteran of more than 10+ yrs in the Music Biz as an artist / business owner, the Brooklyn NY bred, Raleigh NC based entrepreneur, Vblock Dutch is taking a more modernized approach of promoting his brand VBE by taking a deliberate approach to his unique sound, infusing various different genres to form a mashup that is easily recognizable to music fans worldwide. With laser focus on Social media marketing and digital distribution through partners like Amazon, Google, Spotify, Apple, Youtube, Pandora, etc #COARB is already proving itself to be a hit with his loyal fanbase. Released January 21st 2019, The Album has steadily been gaining recognition in underground circles based previously off of word-of-mouth and social media engagements but has since been picked up by several platforms ramping up the reach to a larger audience which has allowed #COARB the deﬁnite potential to go viral for 2019. Download and stream #COARB (Confessions Of A Rude Boy) from your preferred platform and follow Vblock Dutch on Social Media at Vblockent