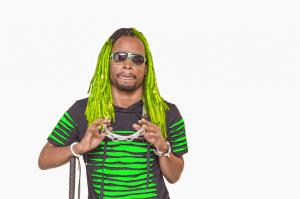 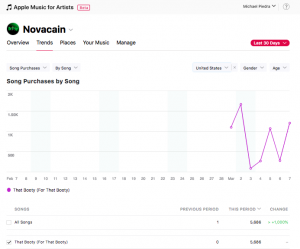 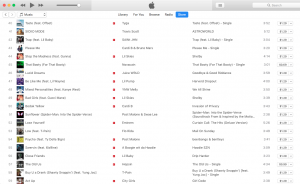 NovaCain The Blind Rap God nearly sold 6k units on iTunes during the first week of releasing his latest single entitled "That Booty."

MIAMI, FLORIDA, USA, March 11, 2019 /EINPresswire.com/ — At a time when digital download sales seem impossible, NovaCain The Blind Rap God has defied the odds. According to iTunes, NovaCain’s single "That Booty (For That Booty)" has been purchased 5,721 times during the first week of its release. "I have real fans. These sighted rappers inflate their numbers to look bigger than what they really are, but then they can’t sell 1,000 units,” says NovaCain. "They have hundreds of thousands of followers, but I’m still outselling them.”

With the release of his latest single "That Booty (For That Booty)", NovaCain has found instant success. In less than 24 hours of its release, "That Booty (For That Booty)" reached number 45 on the iTunes USA Hip-Hop Chart. This has made NovaCain the first blind rapper to ever chart on iTunes. “It’s cool to see that my song charted higher than Lil’ Pump's Be Like Me. Just ask yourself, how are these other rappers letting a blind guy outwork them?"

The week prior to the release of "That Booty (For That Booty)", NovaCain asked his 30k Instagram followers to show if they were going to support the single by commenting with one green heart if they planned to stream the song and two green hearts if they planned to download the song. After receiving over 4k comments on the post, it appears that his fans have followed through with their comments by helping NovaCain make history. "I wouldn’t be where I’m at today without the love and support of my fans,” explains NovaCain. “Because of them, I’m able to embarrass these wack sighted rapper by outperforming them.”