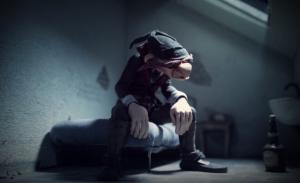 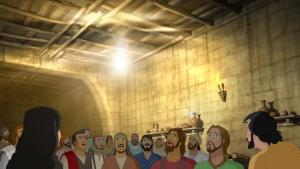 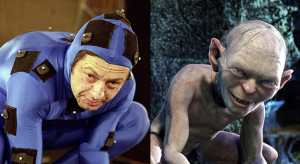 LOS ANGELES, CA, UNITED STATES, November 29, 2018 /EINPresswire.com/ — The special Animated film is based on the famous Russian novel titled, “The Master and Margarita”. Written by the Russian writer, Mikhail Bulgakov. This new Animated film will feature three different styles of Animation to tell the three different stories that relate to the original novel. The three different styles are, CG/2-D/Motion Capture. Using these three formats will help display the satirical but beautiful story of 1930’s Moscow/the Biblical story of Christ/Roman Procurator Pontius Pilate. All of these stories intertwine together to create the breathtaking story of love and sacrifice that is the backbone of this famous novel, The Master and Margarita. In addition to the well composed music and the all star cast of voice actors, this film will also feature a special surprise guest star as the character of Pontius Pilate. The movie is set for release in the latter part of 2020, with production beginning in April of 2019. It is being Produced by MediaInVision Films and Buffalo 8 Productions. The Funding being raised by the BondIt Media Capital group. One of the main Animation studios that will help in the main production is, Noble. Noble is an Animation facility based in Hollywood. The main story centers around the satiric presence of the Devil (Woland) and his entourage as they visit Moscow. The seemingly simple and comical story consists of deep philosophical subjects that are stunningly portrayed by the interesting characters. For the story of Yashua (the prototype of Christ) and Pontius Pilate, Herald Entertainment, another Animation facility, will use 2-D Animation to tell this story that takes place during biblical times, centering around many biblical characters. There have been numerous 2D films/short films that have been produced that have featured biblical characters/stories. The final third of the film will use Motion Capture. A highly technical method of filmmaking that can add some very powerful incredible imagery to the film. Using the performances from live actors/actresses to help capture the Animation needed for this part of the film. With the use of these three different methods of Animation, it can only help to make it more interesting in a visual way besides telling the story. Just when people familiar with this great story, The Master and Margarita, Goldberg Jero creates a way to transform this novel into a delightful visual treat! This will help to change how people see The Master and Margarita. Using the incredible resources of different styles of Animation. However, a unique film like this is only as strong as the musical score behind it. This is where the talented Alexander Goldberg Jero uses his incredible musical sensibilities to make it shine all the more. The magic that he will create for this film using a surround sound experience that even the most trained audiophile will appreciate. Becoming completely immersed in this film. Animated films usually rely on their animation techniques for aesthetic appeal, which in this case have been carefully selected to perfectly tell this story. A story with as much depth as this one requires numerous techniques to highlight the various aspects of this iconic story. Working also together with the immensely talented and Grammy nominated conductor, Jose Serebrier, who is one of the most frequently recorded conductors today. These two musical geniuses have come together to create the perfect musical experience to accompany this classic tale, giving it the perfect musical finishing touches to this highly anticipated film. The Master and Margarita is a classic Russian story that has been read by the reading masses for a long time, since its creation back during the Stalin Era of Russia. This story had its own rich history, as a censored version was finally published in a Moscow magazine in the late 1960s after the author’s death. The original manuscript was published in 1967, in Paris. It has become a beloved piece of Russian literature over time. A story that Alexander Goldberg Jero was passionate about bringing to life in his own way. Much like everything else that Alexander Goldberg Jero does, he has created a meticulous plan for how he wanted this story to look and sound. It was not enough for Goldberg Jero to just simply retell a story that has been around for decades, but to also offer an unexpected but exciting visual approach to this literary classic through the making of an Animated film. He wanted to create an experience. Goldberg Jero aims to attract longtime fans of this classic novel but also to create a new audience for this timeless tale. He has a passion for telling stories through his musical projects. Which then caused him to direct this passion onto the tale of The Master and Margarita. A remarkable note here about the budget is that this movie is expected to come in at just under $20 million U.S. dollars. Media entrepreneur and co-producer Matthew Helderman, is responsible for raising up the funds that are necessary for a project of this scale. As indicated before, BondIt Media Capital, based in Santa Monica, has previously provided funding for more than 150 feature films and television projects which range from micro budget to larger studio projects. As an Executive Producer Service provider for The Master and Margarita, Helderman is actively looking for another investor who would like to contribute 25% of the film’s budget. Please contact MediaInVision Films to learn more about this exiting opportunity!