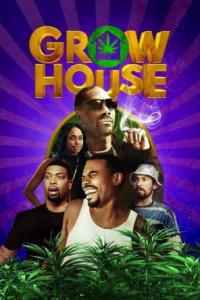 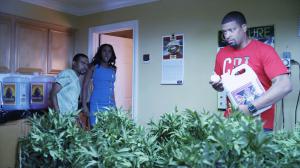 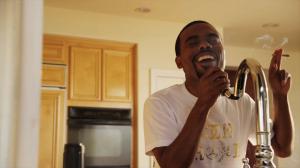 It was one of the hardest movies to make; everything that could go wrong did go wrong and at the time marijuana was still largely illegal in the country”
— Marcus Morton, Producer of Grow House

LOS ANGELES, CA, UNITED STATES, April 25, 2018 /EINPresswire.com/ — Are you hungover from all the 420 “festivities? Do you still want to keep the 420 party going? The perfect solution for both is sitting down and watching Grow House starring Lil Duval, DeRat Davis, Martin Starr, Faizon Love, Raquel Lee, Malcolm McDowell and Snoop Dogg.

Grow House is now available for digital download at GrowHouseMovie.com.

This seemingly innocent comedy, written and directed by DJ Pooh, co-writer with Ice Cube of the FRIDAY franchise (New Line Cinema), with plenty of light-hearted cannabis-related connective tissue, almost never got made. From the content in the movie trailers all the way to the images on the movie posters, Hollywood made the production of Grow House as complicated as ever. There is one major difference between Grow House and other stoner flicks: In Grow House, cannabis is the star. In Grow House, it’s the main attraction. And that just doesn’t fly with the Hollywood elite. Which is why this film ended up being made independently.

"It was one of the hardest movies to make; everything that could go wrong did go wrong and at the time marijuana was still largely illegal in the country," said the films Producer Marcus Morton (You Got Served, 3 Strikes, etc). "When you see all the trials that end up as comedy the guys go through in the film trying to get their grow business going, well lets just say making this film we had those same complications. I felt like I was in a 'twilight zone' episode on this film, but it could have been the smoke coming from the cast."

Hollywood may not have wanted anything to do with it, but how about you? Join the MovieRanker family and share whether you think this movie deserves sky-high ratings or just complete skunk weed. We want your honest opinion; I promise we can handle it!

There's a boom in medical marijuana dispensaries in the state of California and the U.S. These facilities have reached record numbers, cropping up like Starbucks or McDonald's. States across the nation are legalizing medical and recreational marijuana. Our two unlikely heroes, Pat (DeRay Davis – "EMPIRE," “21 Jump Street," "GI Joe") and Darius (Lil’ Duval – "Scary Movie 5," "Meet the Blacks"), figure they can help the medical marijuana movement, but mainly help themselves by trying to grow their own cannabis and selling their crop to the dispensaries. There’s only one problem… knowing how to smoke marijuana doesn't mean you know how to grow it!

After taking a trip to Dr. Doobie (Malcolm McDowell – "Entourage", "The Mentalist,” "Home Alone") to become legally certified growers, they gain access to a Bel-Air mansion to use as a "grow house." Although they convince Snoop Dogg (played as himself) to fund their operation, our heroes soon discover what can grow wrong, will go wrong in this comedy of errors.